Hacking I may have "bricked" my EZ-Flash in my sleep. 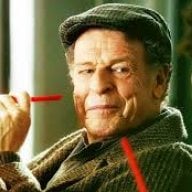 But hopefully this is fixable, I will attempt to describe what's going on.

During the night I woke up slightly and noticed my DS was turned on beside me, I was going to turn it of, but it turned back on again, and I believe I must have pressed some random combo because I entered the EZ5 update options of sorts.

I was presented with options to Update, use as Pass Me and load the loader. Tried loading the loader, but got a white screen for a long while. That made me wake a little more, and I shut my DS off and started it back up again, same options, this time I thought I had nothing to loose by choosing to update.

The EZ-Flash updater started updating, and kept on going. When done, still white, and when rebooted I got the same options.

So today I thought I'd look for updates on EZ-Flash's website, and amazingly there was a recent update available. I downloaded and followed the instructions, but I can't get anywhere with this, still getting the "white screen of death" as they have described it.

Does anyone know of any instructions to set up my EZ-Flash from scratch?

And now I've just left it doing nothing for a while, and I started the DS up, and it doesn't even get past the Nintendo splashscreen. When I take out the EZ-5 cart it comes up, even booting the written GBA game on my 3in1 works, but when the EZ-5 is inserted the splashscreen only fades in halfway :S

Twilight Menu++ not working after update?