Hacking I installed the Homebrew channel but now I'm not sure what to do..

- Wii Firmware 3.2E modded with WiiKey
- I need this to play Fragile
- I don't have wireless internet on my Wii
- I want to play WiiWare and VC N64 games
- I'm not a very tech savvy guy, in fact I kinda hate this stuff so try to keep it simple so I can understand it lol

ok so I installed the Homebrew Channel but the only application it detects from my apps folder is Starfall which a guy told me may not work on a PAL Wii, plus that thing seems freaky, I launched the installer and it said it could brick my wii and crap and I got no patience to deal with that, but I DO want to install it so it blocks updates from US and Japanese games.

In a guide on LL I read that before installing Starfall or any Backup loader I have to do some stuff...which I didn't quite understand.


Code:
I have no idea what half of that ios thing and what not is or what I have to do tbh, I do understand i have to skip step 4 cause I'm already on 3.2E 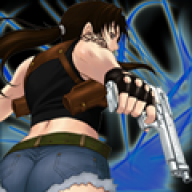 If you have the pack the at comes with this Tut. It looks like you are at step 5.
Start Starfall is safe and anytime you do things like is to your wii can BRICK it. That's the chance you take.
Just follow the instruction carefully.
I have RiiskiMod v2.0 It suppose to be dangerous too LOL.
Free region from the Disc Channel + update protection and a prevention from Bricking.

1) You've placed it in the wrong section of the sd-card. You have to create a Folder named apps in the SD-Card. In this one you place a Folder with the .dol

No icons or .xml-file needed.

2) You don't need to install a IOS or something, you have a Modchip!!!

3)Starfall is safe, and works on a PAL Wii. I recommend to enable these here:

* Start rescue-menu when Y is held on 1st GC controller

So I should just ignore the first 3 steps of the downgrading process? I don't need none of that stuff?

thanks man I'll give it a try, hope my Wii doesn't brick cause if it does I'm screwed, can't afford a new one atm and I really love my Wii

edit: sweet, thanks it's all nice and clear now
I'll do it in a minute. btw my WiiKey doesn't have the latest update, it's the one before s I think(1.9s is the one that came out during the summer right?) cause I THINK 1.9s had some compatibility issues with GCN games on PAL Wiis so I'm still on the one before that, plays Brawl and SMG and everything just fine

Yup! DON'T INSTALL ANYTHING THAT HAS IOS IN HIS NAME


Simply run Starfall (Install only the ones I've told you) and WAD-Manager from HomebrewChannel.

(Make shure that the apps Folder is in the root of the SD-Card, so not in another Folder)

Also very usefull for you: GeckoOS

Let's you play games from Japan/Amerika.

Unpack it, and place it in the apps Folder (/apps/GeckoOS/boot.dol). Try to launch it, if it don't works, go to Optinions, enable VIDTV and Force to PAL60 or PAL50 and launch. It works now.

thanks a lot man, everything went nice and smooth with Starfall, I installed the hacks you told me to and I assume they did what they were supposed to, I can use NTSC VC Game channels now, BUT the games at least the NTSC StarFox654 I tried had choppy audio because for me all VC games are displayed in 50Hz, PAL VC games are also in 50Hz which kinda hurts my eyes.

GeckoOS seems to boot US games at PAL60 or NTSC, not sure but both Mushroom Men US(played, finished loved, just used it for testing now) and my US Brawl booted up fine with that and both were nice and smooth like they should've been.

I guess Starfall doesn't disable updates though, my Mushroom Men disc has an update on it and unless you run it through GeckoOS now or Feeloader like I used to it says it needs to do a system update, even now with the Starfalls hacks installed.

Well that's about it I guess, I just hope I can play Fragile.

Oh and one more question.
Now that I installed Starfall and everything, can I remove it from my SD card? Also can I remove VC and WiiWare games from the SD card once they're installed in the Wii or does it still use the wads on the card to boot or something?

Just tested NTSC Wii games, they work perfectly at PAL60 or NTSC not sure, either way they are in no way choppy or glitchy.
I guess the N64 emulator the Wii uses has trouble converting the signal or using PAL 60 or something like that.

I'll have to find some PAL VC N64 VC Releases, dun need any other systems on the VC I have a modded PSP, modded Xbox, two computers and a DS and a GBA for that lol

again, thanks for the help, if you know why NTSC N64 games are choppy for me let me know, if not it's cool.