Gaming I don't understand this 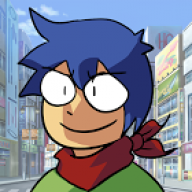 *Before I continue, I'm a Wii owner looking into purchasing an XBOX360 at a later date. Once I move, I'm throwing some money into making a nice entertainment center and I wanted a 360 to be a part of this. My knowledge is not as awesome as a 360 owner, so don't laugh at me if I mess up the facts ): Anyway:


So I'm browsing eBay and I'm browsing through their XBOX360s, out of pure curiosity. There's nice-priced consoles, say like in the $220 range that look pretty nice, work fine, so on and so forth, but then I see these RIDICULOUSLY priced consoles, like $32. $51. $60. I read up on them and it's just the XBOX360 console only. Understandable...but it's red-ringed.

From my understanding, most redringed consoles have heatsink damage and are usually unrepairable - you've got to send a RROD console to Microsoft for repairs.


I really don't understand >_> If it's as easy as getting it repaired and playing the XBOX360 like normal, then why doesn't EVERYONE just buy broken 360's with the intent of repairing them?

Usually when you see a 360 console being sold with RRoD, console only, ebayers also slap on the label "Spares or Repairs". This is because the components inside can, potentially, be fixed by repairers and sold on as "refurbished", or if it can't be fixed, then certain parts inside can be used as spares to fix/refurbish other consoles. Of all the consoles I've fixed myself, the one I couldn't fix ended up being dissected and now it's parts are spread between 7 other working consoles.

The basic idea is that you can buy a faulty 360 for, say, £25 if you're lucky (usually £35-50 or more depending on the extras). With a little bit of googling and looking through forums and tutorials, you can probably buy a few cheap parts (screwdriver, x-clamp fix, mods, or any parts missing from the retail set like controllers), attempt a fix on it, and if it works, probably sell it on for £80. I've never seen a refurbished Xbox sell that high, but that's the general idea. Or you can just keep it and flash it so you can play backup games without risking your shiny Halo 3 edition Xbox getting banned (just an example). If a £25 refurbished 360 gets banned, it's not so much of a punch in the gut as a £150 brand new 360 getting banned. Or you can just keep it as your primary 360 console to play games with (although usually you're better off buying a new one then - newer has better parts usually and less likely to RRoD on you).

The problems about eBaying RRoD 360s are numerous. Firstly, they will be older, with older, less efficient parts. These older parts will likely already have had a fair amount of use so their lifespan will probably be shorter, if not already spent (hence the RRoD). Fixing them up may only work for days, or weeks, or months, until the components are too worn down to work anymore. It's a gamble. You also often don't know about the faulty 360's history - who's played it? What conditions? Did they open it up? Did they flash it? Did they throw it out the window? The less the previous owner took care of it, the harder it will be to fix and more likely that will end up a doorstep. There's also the factor about what's wrong with it in the first place. If it's something as silly as the DVD data/power cables fell out, then it's easy to fix, but if the CPU, GPU, RAM and HANA chips all have cold/broken solders/bridges, aside from the inevitable E18 or E74 that'll arise from it, you'll probably have a harder time fixing it and/or keeping it working afterwards. And if it's one of the smaller parts, like a blown capacitor somewhere or something, then chances are it can never be fixed so buying it will be somewhat pointless.

Btw, only one of the 360s I've fixed were banned, and that was actually my own mistake for connecting it to my laptop to try out Windows Media Center Extention (streaming media from your comp to your 360) whilst the DVD drive was flashed with iXtreme. Usually if a console is banned, they should tell you it's banned, RRoD or otherwise, and reduce the price considerably. If not, that's withholding vital information from you and you are in your rights to send it back, faulty or otherwise.

Oh and FYI, in all the 360s I've fixed, I've never seen one with heatsink damage. Usually it's some tiny solders or solder bridges that go cold or slightly damaged, which is why a heatgun or the usual overheating trick fixes them - it lets the solders/bridges melt slightly and fix any fractures. The same thing applies to PS3 as well.

Any questions, feel free to search around and/or ask.

Oh, wow. That was very informative :0


Chances are if I were to pick one up, I'd bring it to the aforementioned ma & pa repair shop and just have them buy the parts and fix it. Which might just end up costing more than the price of a new console itself at that point.
The only repair I've done was on a DRE'd PS2 and that ended with a game flying off the spindle and hitting me in the face. That ended in failure, needless to say ):

But yeah, thanks for all that info! I can't believe that whole time, I did not once consider that you could take the parts from an old 360 and put them into a failing new one.
I mean, that's so obvious - and how a good deal of consoles can be repaired for cheaper

Some parts are harder to transplant than others though. Aside from the case, only the DVD, heatsinks, fans and RF daughterboard are replacable. Otherwise the rest are hard-soldered onto the motherboard and it'd take someone with more knowledge of electronics than me to deal with them.

Yesterday I fixed a E18 console with no cost to me at all - I just opened it up and overheated the GPU. Let it cool down, turned it back on, working fine for the 20ish minutes I played Soul Calibur 4 for. If it's brought back to me with E18 again, I'll probably have to think about doing the X-clamp fix, which costs something like £5 for 32 washers and 8 screws and a bit of thermal paste. It might also cost a few more quid to get the torx 8 and 10 screwdrivers/bits, and slightly more for electrical tape for the penny fixes.

Or take it to a professional, who usually charges £20-30 including postage.

M
Hacking Corona 16MB, what more needed than the glitcher?