Hacking I don't understand this problem 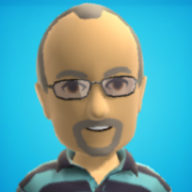 I really have a question that I cannot find the answer. I have a NTSC Wii with the 3.2U firmware and a D2Pro chip inside. I have few PAL backup and some backup run directly from the disc channel but some don't. So i need to launch these few PAL game from the backup launcher. When I mean "don't work", it's when the game is starting (after I press start in the disc channel) and i only see a black screen and the wiimote get disconnected.

So, I just want to know why I need to start some PAL backup with backup launcher and some backup run fine directly from the disc channel?

Nintendo Wii Aug 20, 2022
boris1
B
B
Check if modchip exists without opening the case