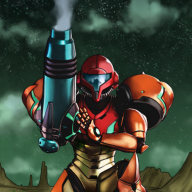 OK, so I beat "The Last Story" in a day and a half in 20 hours playing on and off. In a nut shell the game was well done, fast paced in telling each of the 44 chapters, the visuals I think are some of the best on the Wii and shows what the system has to offer. One thing I like is how the game just throws in there and you have no idea what the heck's going on, The story has the same effect, it grabs a hold and never lets go and when its finally over, "Your breathing deeply from all the excitement and tension and blown away by just how much happen from chapter 1 to 44" than you let out a sigh of relief and sadness asking your self "Did Calista and Zael get married? and were where they going after the credits rolled?" the game definitely has some questions to answer for but all in does a great job sealing the deal and closing the story.It just goes to show that Hironobu Sakaguchi still has what it takes to make great stories, great game play and to package it all up in a nicely well balanced game.

The only minor complaints I would have are the constant frame lags that appear mainly in the castle and city. I do/ don't like the fact that for the most part you don't really need to upgrade your equipment most of if not everything I obtained in game was dropped by boss's and enemies in game, not once did I find my self using the upgrade stores, though I'm sure it would have helped I had no need for it, part of me thinks that maybe the game was to well balanced for its own good? The other neat thing I found myself enjoying was the visuals of all the in game gear when equipped, I mean put on Leather Armour or Heavy Armour and you see it in game and during any of the cut scenes, it's something you don't see to often in JRPG'S due to the amount of time it takes to program it in, I guess.

Well there it is my take on the game not to many spoilers but I for one would love to see him touch down on another Last Story game and continue the story of Zale and Calista, maybe see them finally get married and have kids and make Zael the Count of Lazulis Island/ Kingdom? who's with me? lol.

I "HIGHLY RECOMMENDED" This title and a must buy for wii owners when it comes shore side later this year! 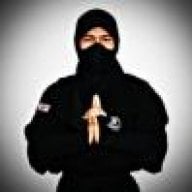 i need 25 hrs to beat it. yeah the best game ever on wii. the soundtrack still remain in my ear......

WOW! some one commented lol glad you liked the game I'n on my 2nd play through right now

Lol, that's like 15% of the way through! Where are you stuck? I've beaten the crap out of that game, I bet I could give some tips.

thanks for your attention.
maybe i need 1 hit kill cheat.... need long time to beat the boss, different with last story, all the gather and combo will kill the boss faster.

andreimoto said:
thanks for your attention.
maybe i need 1 hit kill cheat.... need long time to beat the boss, different with last story, all the gather and combo will kill the boss faster.
Click to expand...

It's been awhile, but if you are referring to the boss on Spiral Valley (it's the big brown platform in the center of Upper Bionis Leg), I suggest you give Reyn an Aggro Up gem so he will draw the boss's attention away while you attack. Level up Monado Shield and Sharla's healing arts if you need to.
Reactions: 1 person
P

I agree, a really top top game. Totally different from xenoblade in a good way. Its good that they are both different in delivery of the gameplay etc.
Visuals are brilliant, mind i still use a CRT.
Vary varied and detailed in places. High production values on this game no doubt.

Question: did nintendo give funding for this game and hironobu sakaguchi and his team develop the story. Or did he and his team fund it but got nintendo to co distribute it?

I heard they have (nintendo) registered the Last world 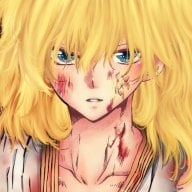 I liked the game's pacing, short but sweet and I actually missed a lot more my first time around than I thought (there are a lot of hidden chapters in the epilogue chapter), as for the upgrades. they are a bit "lacking", but they do make the ultimate dragon armor look so awesomely ridiculous especially during cutscenes

Hacking ROM Hack Misc I never thought that I would have to ask for help for this..