Resolution increased to 2880x1600 (from 2160x1200) 78% increase
New redesigned headstrap with built in headphones
Uses SteamVR tracking 2.0 (new lighthouses)
Two front facing camera's
Price and when it will be available havnt been announced yet.

The vive wireless adapter will work on both the vive and vive pro
Pricing has not been released yet, but expect a summer release.
Reactions: 330 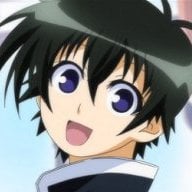 Already have a vive but this is tempting. Might pick one up next year once I finish my next build.

Glad too see VR still going and advancing. That said, not sure how I feel about the built-in headphones.

KingVamp said:
Glad too see VR still going and advancing. That said, not sure how I feel about the built-in headphones.
Click to expand...

But why though?
Hopefully they're removable.

VR is something that I may play around with this year.

Still waiting for that 4K VR, though 3K is nice too and much easier to run.

KingVamp said:
Glad too see VR still going and advancing. That said, not sure how I feel about the built-in headphones.
Click to expand...

Me either. I would much rather use my own 7.1 headset for longer play sessions. Unless the quality of the built in headphones is close to that of my headset, which I doubt.
But for short sessions I could see myself not bothering with my headset and just using the integrated one.

Anfroid said:
But why though?
Hopefully they're removable.
Click to expand...

I imagine it's because it's kind of a hassle to use separate headphones with a VR headset. You have to put on the VR headset first, and by habit I always want to pull off the VR headset first, but that doesn't really work since it tries to rip my headphones off with it. It's not a big deal, but just having one device to put on and take off makes it more accessible and makes it easier to pick up and play anytime.
Reactions: TotalInsanity4