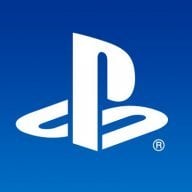 DSBrick.A has the common name of "r0mloader.nds" or "r0mloader.zip"
DSBrick.B has the common name of "taihen.nds" or "taihen.zip"
There are another two versions of these, one disguised as a Mario Party DS rom and another one as a Dragon quest 9 rom.
More info can be found at https://wiki.mariocube.com/index.php?title=CrashMe&mobileaction=toggle_view_desktop.
If you find them, please let me know. Thank you in advance.

Yeah sharing such things is generally not done around here and you have done nothing to convince us you have any great use for them.
Upvote 0 Downvote

Oh yeah. You're right. I wanted to test them and maybe make a youtube video.
Upvote 0 Downvote

Yeah, not sure why one would want these unless for nefarious purposes. There are already videos captured documenting what happens when these titles are launched.
Upvote 0 Downvote

If you're interested in malware for consoles, the PSP had a bricker and the Vita had a malicious app that would wipe a certain partition, iirc...

Hell you can code up your very own brickers and disguise them as romloaders/hentai viewers or under other names if you got some coding skills.
That's exactly what the authors of the DS/PSP/Vita brickers did.

As for someone giving it to you, I don't think anyone with common sense would do that.
The risk of those trojans spreading again gets bigger with every person that gets a copy.
Upvote 0 Downvote

It's perfectly fine if you don't want to give me those files. I know i might seem lying when i say i want to make a video about them, but i just wanted to make a better quality video. I don't want to spread them, as i don't even know how i could xD.

EDIT: I don't have any coding skill.
Upvote 0 Downvote