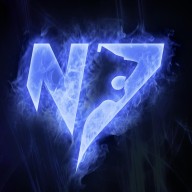 Hey everyone, I'm looking for some help with my Wii U.
I've done a quick google search and also on this forum for help with this but could only find issues with the Homebrew launcher itself and not the downloaded apps within.
I have a problem with a few homebrew apps that simply do not load. The Homebrew launcher fades to black as normal and within a second it's back.
When I first modded my Wii U with CBHC 1.6, to my memory there was at least 1 homebrew app that did not load and that was the Wii U plugin loader.
Currently I wish to delete failed installed games which requires FTPiiU Everywhere but that doesn't load either.
I'm stuck here with nowhere else to turn.
Is there anything wrong with my system I should check? Or maybe there's a certain fix for this?
Thanks.

is it elf or rpx files? I'm not sure if rpx files work with the homebrew launcher. that's the main executable of a channel iirc.

I don't know if it would make a difference, but the plugin manager needs the plugins folder in the wiiu folder on the root of the sd card. I think it will still work without a plugins folder or any plugins, but I'm not 100% sure. it does work for me though. that's how I got the dark mode theme on my wii u. there's another fork of the plugin manager that doesn't require input by the user/automatically loads the plugins in that folder. maybe you could try that. this is mine. it's renamed to the homebrew launcher, since I was using it with cbhc.

I believe they are elf files, all the homebrew apps I've gotten are from the homebrew app store.
I do already have a plugins folder in the wiiu folder on the root of my sd card. I downloaded the dark theme and that's where it was stored.

I managed to fix the apps by downloading them on my computer and moving them to the SD card. The ones on the HB app store must be corrupted or they transferred incorrectly.

@ SG854: The comedians are going to have a field day with this 56 minutes ago
Chat 0