Hacking Having alot of trouble adjusting to JTAG 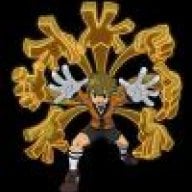 So I recently got a Slim Trinity model fitted with RGH/JTAG and boy is this not intuitive... I have FSD and the normal MS Dash installed. I've been reading a ton of tutorials, but none of them seem very good at helping noobs, like me, out. So these are some of the problems I'm having, hopefully one of you will be kind enough to help me out.

1- I have changed the launch.ini file to boot to MS dash, except when I press X at boot in which case it should go to FSD. It worked for a while but now it stopped working, is there a way I can go to FSD from the MS dash?

2- I wanted to have some GOD format games, so I could boot them from the MS dash. So I converted them using iso2god, everything went fine. But when I tried injecting the files on my Xbox 360 formatted USB drive (16GB USB), that's when the problems started. At first I was using XTAF, but then switched to Party Buffalo which seemed to work alot better and was more user friendly as it had a progress bar at least. The first XBLA game I put into HDD1/content/0000000000000 and it worked fine, but that was the full extent of my success.

Anything I tried after this has been a failure. Converted a couple of games to GOD and put those, tried with and without, the correspondent DLC into the USB drive, I've experimented alot. Sometimes my Xbox wouldn't recognize the files and say the folders were empty, other times it would, but while copying the files over to the HDD it would fail.

Is there a place with good tutorials that'll clarify these for me? I just hate the randomness of it all.

2 I prefer FSD for pretty much everything.
I only use the MS dash for changing settings of the 360 that I can't do with FSD
Xex ripped games take much less space anyway.

Having a RGH that's still on the MS dash is pretty silly if you ask me.
FSD can do so much more and it loads pretty much everything I throw at it.

No need for moving XBLA games to folders (everything can be fitted into 1 folder at the root of the HDD
Same goes for Xbox 1 and 360 games.

Wow thanks for the fast reply, you really are as awesome as they say Dinoh. =)

1-How would one boot XeXMenu? I wasn't kidding when I said I was a noob.

2-So you're saying I should just use FSD for everything, alright I can understand that. And would DLC and other stuff be put in this folder? Even games in GOD format? What about TUs?

I agree, you should use FSD as you default dash on boot and have MS Dash as a shortcut combo (mine is RB)

About TU's FSD has an option to download them for you. While in FSD, Just highlight the game, press the Y button and choose "Download Title Update"

Thank you. =) I'll give this a try whenever I regain access to FSD lol.

If you are having a problem booting to FSD do what I said above, Once you have access to XexMenu, Download the newest Dashlaunch (makes life ALOT easier to change/edit your Launch.ini) and should fix your FSD issues


Yush.
FSD can handle everything.
Even TU's (just inject the TU's on a USB and copy them to the HDD with the retail MS dash)

You could do a complete reinstall of FSD and set everything up properly.
Just replace the outdated stuff from the link with the new stuff.

It's a XeXMenu Live disc.
It also comes with a very detailed description on how to set it up

Wouldn't downloading TU's and transferring them manually just be more work? He'd be better off downloading them through FSD as it does everything automatically
For me. XexMenu is a MUST for any JTAG/RGH'd Console. Trust me, it comes in handy lol and while re installing FSD is probably the best way to go, if it's just the Launch.ini that's the problem. He may as well go the latest Dashlaunch route, as you can change the Launch settings "on the fly" so to speak.

I hardly use TU's on my RGH.

I haven't installed the newest dashlaunch tho.
Might do it when building a 15572 NAND.

Thanks for the help everyone, I'll give this a shot when I have a chance. =)

Let me know if everything worked!