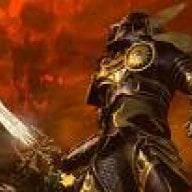 im finding a a program that is greater than windows mvoie maker for xp can someone tell me?

A kick in the nuts is better than windows movie maker as far as I am concerned. Until you get to studio level (and even then it is debatable) you do not really need to pay for anything.

What do you want to do though?

For simple encoding of video there are several apps although they are usually simplied methods for the more complex stuff later and use in batch files. To this end I suggest you start with stuff aimed at basic tweaks to video. Again many apps exist but a good start is
virtual dub
http://www.virtualdub.org/
and/or avidemux:
http://fixounet.free.fr/avidemux/

For more advanced stuff there is avisynth:
http://avisynth.org/mediawiki/Main_Page
I contend that this with filters can do just about anything out there in the video world and the basics are not that bad.

Several apps use avisynth as a backend if you want the simple encoder thing from earlier:
http://forum.doom9.org/showthread.php?t=129748
I like megui myself.

Ripping DVDs or similar will involve first decryption and then getting it out of the container it is held in. There are a few threads around here but post back if you want more info.
U

avidemux is probably your best bet.

not sure if they are all available for windows, but you can always use cygwin

W
How to use OPL via UDPBD ?

@ M4x1mumReZ: Been getting unexpected database errors and then BOOM! Cloudfare went down. 9 minutes ago
Chat 1