Alright, we just bought an HDTV...

So I eagerly hooked up all my consoles... Xbox 360 with HDMI, the Wii and GameCube with component.

But yet, when I play GameCube games, the TV says it's 480i. When I put games such as Pokémon Colosseum in the Wii, it asks if I want to enable progressive scan mode, and then actually does 480p.

Does anyone know how to actually make it use progressive mode? Because if it doesn't, what's the point of even using the component cable I had to spend $50 on?

The Gamecube itself doesn't output 480p and there are no options in the menu.
A fair few games (not all) support 480p if you hold down the 'B' button after the Gamecube boot screen.

Yeah, thanks, I ended up Googling it and figured it out.

Once you press B, it asks you every time.

Like, what percent of GameCube games support 480p? I take it the ones that don't just start automatically in 480i using the component cables?

Progressive Scan and 480p are the same thing.

I couldn't guess on a percentage but you can find lists out there such as this (not sure how accurate or complete it is).

Most games automatically run in 480i even with the component cables but some later games such as Zelda: Twilight Princess will detect the component cable and ask you if you want to run in ProScan.
The ones that don't support 480p will just continue on if you hold down 'B'.

I think that "progressive scan" on the back of the boxes is a laser thing... Pokémon Colosseum and XD have it, and I know they have absolutely no load time.

Mario Kart: Double Dash doesn't mention "progressive scan" on the box but it has 480p.

And once you hold B and switch to progressive mode, it asks you automatically every time. For games that support it, anyway, I haven't tested on ones that don't.

drfsupercenter said:
I think that "progressive scan" on the back of the boxes is a laser thing... Pokémon Colosseum and XD have it, and I know they have absolutely no load time.

Mario Kart: Double Dash doesn't mention "progressive scan" on the box but it has 480p.
Click to expand...

No progressive scan is not a laser thing, it's the p in 480p. As opposed to the i in 480i which is for interlaced. Mario Kart not saying it on the box is probably an error or oversight or something. Progressive scan has nothing to do with load times. 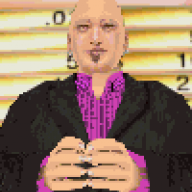 you must be loaded to afford a gamecube component cable those things are very expensive.

As far as the actual GameCube games go, I believe at least half of them support 480p... maybe they knew they would make a future system (the Wii) that was compatible with the GameCube games.

L
Question about GC/WII games' output resolutions 480i vs 480

Looking for a good Wii 480p to HDMI converter.

L
GBS-C vs OSSC vs HD Retrovision for Gamecube/WII and PS2..