Hacking from one day to the next all things stop working , like games in DIOSMIOS and wads installation

this week i went on vacation from med school and decided to play again , i plug my usb and see my old games ( Wind waker , Smash bross melee etc. ) and played all perfectly , but , yesterday i change that games and put another ones and that thing ( i guess) fuck up everything .

i have 2 differents games in my usb ( Spyro a hero tail and metal gear twin snakes) and in the dios mios UI appears smash bross melee , i cant unistall /install new wads and some wads disappeared magically

i don't know what that hell happened. i have been trying to fix that for like 5 hours and nothing .

thanks! any clue whats the problem? 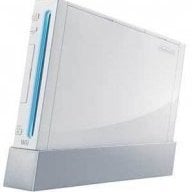 I think your USB might be going bad, run H2testw on it: http://www.softpedia.com/get/System/System-Miscellaneous/H2testw.shtml If your USB is bad then you need to replace it. If no error is returned then I can help you as well. If the USB is fine then the fix for your problem would be to uninstall DIOS MIOS and what I guess is some USBLoaderGX/SNEEK setup, and to redo the install. Instead of DIOS MIOS I would recommend Nintendont though: https://sites.google.com/site/completesg/backup-launchers/gamecube/nintendont