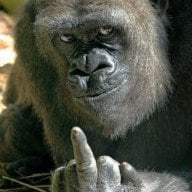 www.roms that you have never fucking seen in your fucking life because fuck man fuck these roms are rare i dumped them myself because i had the original cart if you download these i will track you down. one time this guy was downloading a rom off my website, i tracked him down and found his house. there was his fat ass sitting at the computer masturbating to porn while waiting for his soul silver rom to finish. but it wasn't porn he was masturbating to the sheer hapiness (get it? hap-penis, it sounds like happiness) i brought my rifle with me. of no i didn't. i brought a rubber ducky and a bar of butter. but i was like oh shit, these aren't weapons that can kill, so i looked in his garage for a hammer, i found a rusty saw instead. so i grabbed the crazy glue, and touched him and he turned around screaming with his mouth wide open (duh, who screams with their mouth closed? i do. no i don't that was an innuendo joke. oh wait there's no innuendo in that). since his mouth was wide open, i couldn't cut his throat with the rusty saw. that's because i didn't grab the rusty saw, i grabbed the crazy glue. so i squirted the glue in his mouth until i realized it was my dick peeing in his mouth, and i did grab the rusty saw after all. but wait, i grabbed the glue bottle off the counter, while apparently it was my penis the hole time? i checked my pants to see if it my penis was there. it was, and i actually was using the glue. he died from toxication, intoxication, food poisoning (oh wait, there was no food that was poisoned), poison, whatever the hell happened. i should have taken him to poison control. no i shouldnt have because he was a pirate (not the ones that drive wooden shits, i mean ships, the kind that illegally download stuff to their computer without paying for it.) i saw his dead body and called the cops because i was scared this is first dead body i ever seen. i hung up i knew they would come in a couple of minutes, so i took out my rifle-oh wait i never brought it. so i used the rust saw and cut his finger off. when he came, i threw the fingers at his face and ran. he arrested me i got sent to prison for murder but nintendo respected what i did so much they bailed me out, gave me over 9000 and i have the right to illegally download their games and share them with anyone and upload. oh wait i mean legally do that, not illegally.com

Hey there aren't spaces in a weblink!

i now you have to delete them then type it in

On some browsers spaces are automatically converted to the phrase "%20", so just use one of those browsers and enjoy your roms

The requested URL /search... is too large to process.
Click to expand...

Congrats, you guys discovered Let Me Google That For You.
O

DeltaBurnt said:
Congrats, you guys discovered Let Me Google That For You.
Click to expand...

DeltaBurnt said:
Congrats, you guys discovered Let Me Google That For You.
Click to expand...

@ kenenthk: Uremum does a good enough job taking care of that A moment ago
Chat 3