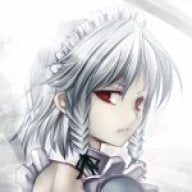 Hello, I was just wondering if someone would be kind enough to give me a save for the game? (Now, I know what someone might think, and you could say I'm a bit lazy and all, but after having the game stolen back when I had a red SP, I just haven't felt the want to get back up there lately.) I'll gladly give details as what would be nice. I understand that the DS version has augments. What I'm asking for is a save with the characters around level 70-75 on the first playthrough and are on the moon, and the augments do not have to be placed on their appropriate characters, aside from those who left earlier in game (although it would be nice.)

If this is against the rules, then I apologize.)