So last night i put a big new load of games on my EZ Flash 4, a cart that has served me faithfully for some time now. It was
the first time in a while i'd used it at all. After i'd flashed everything over, i played some Phoenix Wright and went to
bed, placing my old, flashme'd classic DS on my bedside table. It was still there the next morning and later that day when i got home from
school. So after a lovely evening together, my girlfriend spotted the DS and, me having already told her of the new load of games,
snatched it from the table.

"Can i borrow this?" she asked.

Being the fantastic mate that I am, I said "Of course!"

So, cut to a couple hours later, i'm on aim with my girl and i ask "Enjoying those games yet?"

She replies "No, actually. The cart thats usually in there with all the games on it? Is gone."

My stomach plummeted. I skipped confusion and jumped straight to panic. "Whats in there, then?"

This, my fellow tempers, is the point where i should have realized what was going on and calmed down. But that didn't happen
on this night. No, like all of us have in a perfectly explainable situation, i had an all out, full tilt wig-out.

"What?! I've never owned a Star Wars game my whole life!" I shouted (at the computer as i typed the same)

"Rise of Lord Vader is the game. Crappy name, huh? And it's a dud; it doesn't work." Again, this bit slipped right past me.

My panic began mounting. They'd finally busted me hadn't they? Despite the fact that there are people out there pirating
much much worse (or, at least, more expensive) things, I was sure that this was where I was finally going to get sued into
oblivion and subsequently excommunicated from The International Church of Video Games for the rest of my life. I began
suspecting all sorts of things. After a few minutes, my working theory was that specially trained Nintendo ninjas had broken into my
room while i slumbered and stolen my flash cart, insulting my pride by replacing it with a terrible game that wasn't even
functional.

"It has an EZ Flash sticker on it" she added, just then.

They were mocking me, the Nintendo ninjas! I rushed to the bathroom and checked to see if they'd drawn phalluses and dirty
words on my face as well. They hadn't and, knowing that Ninja Rule number 86 is: when in doubt, draw a dick, was forced to
abandon the NinNinja theory.

Then it hit me: my cousin Seth must be responsible! I thought he maybe might have possibly been sleeping upstairs last night,
and i knew he sometimes kind of once in a blue moon played legitamite, paid for DS games on his DS. So he must
have taken the flash cart! Because...uh...okay i'll admit i wasnt thinking clearly. I proceeded to storm
upstairs and confront his father anyhow feeling raw, animal panic boiling in my gut. The flimsy wooden door was reduced to toothpicks
as i drop kicked it mercilessly.

"WHERE'S YOUR KID?!" I screamed, spraying mouth-foam all over the room and my uncle's robe (it was late at night;
he's not a wizard [well, okay he is a wizard but they really dont wear robes these days. Fire hazard])

My uncle recoiled in disgust and horror. "Whats wrong with you?! Why do you reek of iodine and V8 Splash??" he was clearly
referring to my Ninja Repellant (Fool me once shame on you. Fool me twice shame on me, Nintendo.)

"WHERE KID!?! NEED EZ FLASH!!!" I compensated for the lack of articles in this last sentence by hurling a cauldron across the
room, destroying my uncle's MacBook Pro and plywood desk.

"I-I dont know! He hasn't been here for a week and," He glanced at the clock quickly, not wanting to let me out of his sight. "It's
n-nearly midnight; I c-cant call him for you!" he sputtered.

Despite my cry of anguish, this satisfied me; it clearly hadn't been my cousin who'd stolen my flash cart. Still, I roared some more
obscenities and broke some more furiture before leaving. I mean, how often do you get to be in a mindless, primal rage?

My furiture-bloodlust quenched (furni..lust...?), i left my wizard uncle crying In the corner. Back downstairs, i proceeded to question my girlfriend further.

Ever the rational one, she replied "You're being ridiculous again. Just...try to calm down, ok? Wanna webcam for a bit?"

My hands hit the keyboard instinctually. The letters Y-E-S appeared there several times, but not in the right order.

"I mean, so i can show you the cart." I was half disappointed, and half angry that i hadn't thought of that.

Once both our cams were up and running, she began to pull the cart out of the DS. This is it, i thought. If it truly is a
Star Wars game, i have an awesome and terrifying story for gbatemp. And if not, i can post a mildly humorous story about how
i overreacted severely over a missing flash cart. Then came the doubts. What if this whole time, she'd been pulling my
leg? What if the love of my life had put me through all this crippling emotional trauma just for a cheap laugh? What if she
hated me now?! I knew it had been coming ever since i'd run naked through the Chick Filet last Kwaanza. As i lamented the
ending of the best thing that had ever happened to me, i looked up and saw the flashcart she was holding.

"That...is my Ez Flash IV." Sure enough: there it was, translucent cart and all.

"But whenever i play it, i get this Star Wars game-"

"Hold select when you turn it on."

This post actually started as the terrifying story (i was still pretty terrified when i started writing it), but the ending you see here happened about halfway through writing it. And since i dont like to throw anything out...you get the idea. I kept the original title because its more attractive that way , i think. Just a funny story i thought some of you might enjoy. Sorry if i wasted your time 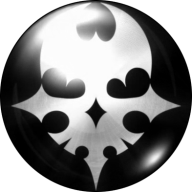 Sorry, not got that particular card, is the Star Wars thing a fake game to stop people realising you have a flash card?
D

The most shocking thing after reading that is that you have a girlfriend.

GBA EZ Flash Omega: Not Saving and Firmware Does Not Update Alongside Kernel