Hacking Exporting animations from a model? 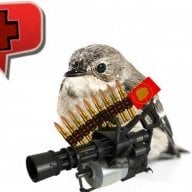 I would like to know how I can extract an animation from one model and apply it to another. Any help would be much apperiecated!
Sort by date Sort by votes

Animations tend not to go with the models. If they are using the NSBMD model format (common format Nintendo provided, though came a bit later so earlier games might not and devs often did their own thing anyway) then chances are there will be a NSBCA format animation somewhere else to handle the model animations (texture animations might be another still). I have seen animations generated and modified in real time as well so hopefully you don't end up having to contemplate http://problemkaputt.de/gbatek.htm#ds3dvideo in serious depth.

Most people asking to do what you want to do want to play the game as an end boss, NPC, secondary character or something similar.

To that end you can try renaming/overwriting the files that the game normally uses for what you want. Most times such models are copy-pasted and then tweaked a bit/painted* by the devs in the 3d equivalent of a palette swap so it is not so bad.

*indeed rather than animations it might also need, or only need, some texture swaps to achieve an effect like what you want.

On the other hand if the models are made and rigged independently, or the models have some serious differences/additions between them, then it can get a lot more tricky if different nodes are manipulated (if say node 1 in one model is the top of the head and in another a character's foot then when the animation says to manipulate node 1 to here then it is going to look strange). Depending upon the animations you might also have to change pointers or order, or indeed animations themselves a bit which is only really doable manually (don't know what goes for the leaked SDK stuff for this one), if say the game normally calls animation number 2.
Upvote 0 Downvote

Should I have given more detail? I 'll do it here
I'm trying to mod in Isabelle's model from New Leaf into Wild World over the modle for Freckles. However whenever the game loads the model it just shows a black screen. On top of that is I can't edit the Models textures using NSMBe. It gives me an unhandled exception or something aong those lines. But thanks for the help with the animation stuff!
Upvote 0 Downvote

That is cross platform porting (3ds to DS) which changes things somewhat if the file formats are going to be different (they usually are, and with the bump in performance and fairly radical change in 3d architecture I would also expect more complexity). If it is within the same game, or maybe a sequel or game from the same dev or using the same engine, then copy-paste/overwrite is more reliable but start going into other games (again if 1 in my model is the head but yours the foot when I tell mine move 1 however many units down it is going to do something rather different for you) you start to have to know a lot of things about what each game is doing.

Personally I would sooner adapt the model and texture and leave whatever animations are there and hope they work for you. Just looked them both up and they are reasonably similar but for the hair styles of the dog. That said looking at https://animalcrossing.fandom.com/wiki/Category:Animal_Crossing:_Wild_World_characters if you wanted to overwrite the Freckles model with all the stuff from https://animalcrossing.fandom.com/wiki/Harriet or maybe one of the things with horns you could probably make life a bit easier by virtue of even more similar starting points.

Textures wise then I think we are still suggesting tinke -- tile editors work for some DS textures but some textures use formats nothing like anything else we see in 2d consoles.
Upvote 0 Downvote

Actually now that I think of it, can you give me an example of a mod that ports a 3ds mod into a ds game? I don't want to come off as rude
Upvote 0 Downvote

I am not aware of any for 3ds to DS, indeed there not that many 3d hacks in general for the DS (even fewer if you exclude simple rename/overwrite type things). Most of them will be things like remaking old levels and tracks in things like Tony Hawk (the "ultimate" version available on the PC as a collection of mods for example) or Mario Kart Wii (a lot of the Crash Bandicoot kart racers got things ported over). Occasionally you might get one for a fighting game, though often that is more cosmetic and more in line with the model tweaking stuff.

Generally such things revolve around having an understanding of at least the files used in the games in question (there might be aspects of the format seen on other games that are not needed/used as thus be unnecessary to know about) on both systems, possibly some about the methods used (so here you would want to know the rudiments of 3d graphics and at least the basics of how the hardware works as far as what sorts of numbers and types of animations favoured) and translating things across.

If someone made nice import and export filters for things then it gets far easier as you can simplify and redefine numbers to get it there, however as not much in the way of 3d creation stuff for the DS exists you are going to have to go manual.
Upvote 0 Downvote

Transformers animated How to export 3d models and textures

How to extract/rip/export 3d graphics and models and animated/of animation from nds ROM games?

Nintendo 3DS Dec 9, 2022
ABZB
A
M
Hacking How can I keep the correct weights after re import an edited 3D model?