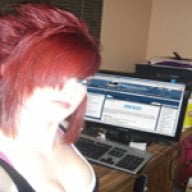 I notice that some people prefer games with the localization of Japanese voice overs instead of the English dubs. But have English subtitles of what is spoken. Are the sound files really that big to fit in one game card?

A few games do leave the Japanese voice overs, either as an option or as a secret (castlevania POR did it).

Most sound files are about 16 megs* these days (and have been throughout the release history) and every time I have looked it is mainly the voiceovers that have been changed (the sseq (midi) backgrounds and percussions are usually the same).

*common sense should tell you that full audio games (tony hawks) and music based games are larger.

Yeah, as FAST said, size is probably the main consideration. Since a game will retail for whatever the market will bear, regardless of the card size, it stands to reason that a publisher will try to use as small a card as possible.

Another consideration, though, are the voice actors. Most actors probably get paid once for their services, yet some may have a royalty deal written into their contract. I'm sure a publisher doesn't want to have to pay out a royalty (no matter how small) if it's not necessary.
R

the title asks about multi-languange, while the post refers to something else.

A simple example is 'ookami', literally means "wolf". Now, when you pronounce "oo" part in 'oo-kami', by modifying the length of "oo" you can make it a vague pronunciation between a simple "o" and a long "oo". 'Ookami' by itself means "wolf", but modify the length of "oo", and write it in a different but have the same pronunciation kanji, it can mean "Great God". this method is used to name the game "Okami". So while Japanese may consider "Okami no ookami" (I think it literally means The Great God's wolf, as in, his/her pet wolf) as a pun, in english it's plain "The God's pet wolf", nothing pun-like at all

Sometimes, pun isn't everything, there's something cool in "Kagebunshin-no-jutsu!" compared to "Doppleganger technique!" or worse "Shadow clone technique!". The feel of originality just cant make it up. The same can be said to "Senbonsakura", Byakuya's technique. While they translate "chire" to "scatter", they didn't translate "senbonsakura", because saying "cherry-blossom" takes too much time, and Byakuya's lips doesn't really move that much. On top of it, the word 'sakura', let alone 'senbon' makes it feels original and cool

The problem isn't about the sound-files file-size, it's easier than that: Why don't the developers put English sub-titles instead of having English voice actors?

f course, you can't say that to ALL games. Prof. Layton is much better in English

That's why many people prefer it this way: Japanese voice and english subtitle. It's cool, yet you understand what they're saying. However, since you've got to look at the subs, you might miss some cool events that are happening, since your focus is on the lower screen, you can't really see what's going on on the upper screen, that's why some people try to endure and hear the English dubs anyway. At the cost of coolness, you can watch the video in full

How to Undub a game?