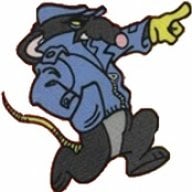 So I've been working on the Trials and Tribulation/Apollo Justice and at some point, the games will freeze and lock the DS. (usually after the title screen)

I've checked and verified the roms are legit and numbers match, etc. This ONLY happens with the Ace Attorney games. Once this happens, if I plug my mem card into the computer and erase the game, recopy the dstwo core files, and place the game rom back, all is well again. (usually good for another case or 2 before freezing occurs again)

I have tried both patched and unpatched, cheats on and off. Nothing really matters with either configuration. It seems that doing real time saves aggrevates this issue and causes it to occur quicker. If I do NOT use real time saves though (even on other games) I still see the freeze occuring eventually.

I did not have this happen on my R4 card with the first 2 Attorney games, so i'm guessing it's something with the DStwo. i'm using the same memory card from my R4 (formatted before using on the dstwo of course) so I don't believe that's the issue. Other speed intensive roms work great (Portrait of ruin intro).

Anyone else have this issue or something similar with text based games??

Sounds more like contact issues than anything else, it's probably a coincidence that you're playing Ace Attorney when it happens.

So this is still occurring, but like before it started at a random point in AA:Trials, and then later on when I switched over to Apollo Justice, , and after that, the game "Again". At that point I was annoyed and went to go copy a clean dstwo root folder and the possible corrupted roms again.
This time I decided to redo the microSD card with the panasonic format utility, so I copied everything over to the desktop. And when it got to AA:trials .nds file, it said that the file structure was corrupted or something, and could not copy that rom.

I checked and the source .nds matches what it should be. It's from a valid version so i'm not sure where the corruption takes place, unless it's just from the freeze due to unknown reason.
I looked up the paper trick and tried pushing the card at different angles and the freeze can happen anytime regardless. But the card fits in my DS nice and snug so i'm not sure that's it. Definitely doesn't feel loose. And the freeze seems to happen after a couple days of playing, and typically never anything immediate.

If it said your file structure was corrupted, you should download everything from scratch (except the save files).

The contact issue isn't necessarily about the DSTWO being snug in the slot, it's about the DS contacts... contacting the DSTWO contacts. However, if the freezing only ever occurs with the one game, it's more likely something with the files. 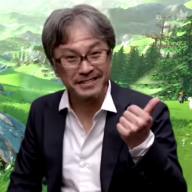 I am having the same exact problem that have occoured in all three main AAW games (i haven't played the other AA games for very long) and i think i, at least, know where the rom files get corrupted.

Whenever you save ingame running the .nds file in "patched" mode - i'm saying in any of the games - the usual thing happens:
After you press "yes" that you want to save, a box pops up saying "Saving..." and is meant to blink for about 3 or 4 times, until it says something like "save complete" but for some reason it supposedly only flashes once and the screen flickers like crazy (the graphics mess up, and excessive screen tearing) and it almost instantly skips to the "save complete message", usually from this point the game freezes as soon as you are in court and the judge gives his usual intros (in my case anyway :-P) As soon as the game has frozen up once, the .nds file gets corrupted.

However, when running the game in clean mode (and i've only managed to make this work ONCE, which was on the very first boot of the game. Now both screens just go white, and nothing happens) you can try hitting the start button or reach a checkpoint, and when you start saving the game, the box flashes three times like it does if it's an original cartridge, and i think you'd be able to keep playing without the game freezing, if you just run the game in "clean" mode, but unfortunately i can't really tell, because for some reason it just won't boot in "clean" mode for me anymore.

I usually plug the DSTWO into my 3DS, but i've tried playing on the DS Lite too (and the cartridge fits fine in my DS Lite. No creaks or anything) and it still friggin flickers when you save in "patched" mode and it still freezes at trials. So let's clear it up that it can't be a contact issue, just to get that possibility out of the way :-P

I hope this leaves us one step closer to, at least, understand where the issue is. But i think this can only be fixed if the Supercard team patches the firmware, and we can only hope they'll notice the issue at all :/

linkenski, interesting results you have observed. Glad i'm not the only one seeing weird stuff with this. I never see it with any other games until one of the AA games starts this cycle. I actually have noticed what you're saying at the save screen (and i'm probably playing in patched but never verified) however, I do not have the whole screen tearing, graphical issues that you do. And it doesn't have to occur at the first save. I could be 10-20 saves down the road before the game goes wonky. And it's usually a freeze mid sentence, or when the screen shifts from prosecution to the defense or vise-versa.

I'll try playing unpatched for those games. And terminator, I always erase the roms in question and then drop over clean ones when this occurs. I only keep the remaining .sav file.

So since hearing about the "clean/patch" issue, i've reinstalled the firmware, and replaced the old roms with new versions. Everything seemed fine once running the AA games in "clean" mode. BUT....it was just a matter of time I guess and they have started freezing again, starting with AA:Trials. Don't know what else to think at this point about it.

It's the worst damn thing about the DSTWO right now, but i don't think the DSTWO team are even aware of this issue, so who knows if it'll ever be fixed.
I've fought my way through the main games and i'm currently midway through Apollo Justice, but i can only play half a case before it starts freezing. AA Investigations haven't crashed on me yet though.

I was thinking this is just from AA:T&T, but I have no idea as that and Apollo are on the cart. (plus Investigations, but I think that's different and not a cause) I wonder if it's something to do with the game engine it uses+save system. It even has caused Pokemon Black to lock up when running into a wild pokemon! :-P

My money's still on it losing connection, that (freezing) will happen to me every once in a while when I hit my DS too hard while using the DSTWO.
Z

I'm also am having the freezing in the dstwo card. It only seems to freeze during any yugioh game during a duel. It mostly freezes when (.....) appears during the cpu's turn.

But the weird thing is that when I first started playing "Yu-Gi-Oh 5Ds Stardust Accelerator - World Championship 2009." I was able to beat the whole game without it freezing. but somtime after I beat the game it suddenly froze in every single duel. I then tried to play other games like "pokemon mystery dungeon exploreres of sky, pokemon black, pokemon white" and other pokemon games and they never froze at all. I then decided to try playing "Yu-Gi-Oh! 5Ds World Championship 2010 Reverse of Arcadia" and see if it didn't freeze. It never froze at all until some part early in the game at chapter 2. After Itsuki was kidnapped and I started dueling the kibnapers. it froze exactly the same way it did in "Yu-Gi-Oh 5Ds Stardust Acellerator - World Championship 2009." I tried dueling other people I dueld before and it still froze. I'm pretty sure it not a contact issue because I tried holding the card down when playing and there was no diffrence. I also played near a fan to see if it was overheating. there was no diffrence again. I compared the .nds files to the same .nds that was still on the computer with a hex editor. It said the files were Identical. So no corruption...

My dstwo dosn't lock up when it freezes though.

The thing is that it always freezes at a certain point in every case, and when it starts doing it, it will continue to freeze at the excact same spot if you reload your save. The rom gets corrupted too, so it's like it makes a scar in the file at the time when the freezing starts.
The only way to continue is to find a new rom and overwrite the old one. The save files is fine.

Sounds like a bad MicroSD to me. Take a picture of it?

This is the best picture i could take. It seems pretty legitimate to me. The card itself haven't been corrupted like usual fake cards do yet either. It's just them Ace Attorneys!

What reader are you using? When checking the ROMs, try checking the versions on the MicroSD after they transfer.

It's some Kingston USB2.0 MicroSD thingy which came along with my original R4-Revolution (the original one, and it worked perfectly) back when i only had a DS Lite. I always reformat my cards using the SDFormatter tool (Full Erase + Format Size Adjustment)
I've tried both FAT32 and standard FAT, but the freezing occours on both filesystems. Remember that it only starts freezing about 3-5 hours in the game, and then i need to replace the Rom. I haven't experienced the error in any games but the four main Ace Attorneys (Phoenix Wright 1-2-3, Apollo Justice, but NOT in Miles Edgeworth Investigations) So i believe there is some sort of incompatibility with those games, until the DSTWO somehow gets tweaked.

Again, try checking the versions on the MicroSD after they transfer to make sure they match the hashes?

Gaming Is this some kind of glitch in Ace Attorney Trials and Tribulations ?

@ Veho: You don't wanna know where his toys were made. A moment ago
Chat 3