I bought a card with DSTT firmware on it. I was going to add games but I accidently removed my TTMENU.dat file. So I tried to download the official software and that did not work. (Everything I got was a white screen) Then I tried the unofficial version and that did not even work either..

The microSD card slot is curved and is on right side (Looking at the back of the card) I can only see the microSD slot from the back of it. On the other side it's a black squary thing in the middle.

The card is purple and a little bit transparent.On the front of it its a sticker of New Super Mario Bros 3 and it says at the left of it:

On the card its no words. I have tried tons of versions of both official and unoffical DSTT but still White Screen...

It does not say:
Menu?
No Card
Error!
Loading

None of the fake/real images on the FAQ matched my card.

This was bought in a store at Turkey. City: SiDE. 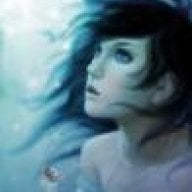