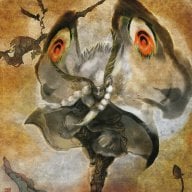 Hi,
I'm new in the world of 3ds hacking and I've just followed Plailect's guide, but I don't really understand what I can do.

Last one:
In the last step part of the Guide, I have to use Hourglass9 to inject hs.app using the Health and Safety Inject. But I can't find the hs.app (it's localized in my files9) but Hourglass9 don't find it. Should I put it in an input folder in the root of my SD card like it was done in part 4?


Thanks in advance.
N

Now that you have Luma, you are region free though some games require using the language emulation feature. You can also install any cia you want, whether homebrew, a game you converted yourself, or a cia obtained from elsewhere including CIAngel or freeshop. As for updating your sysnand, that is not a problem since you are on at least Luma 5.5 if not 6.x though always make a nand backup with hourglass9 before doing a system update.

Yes, Luma was previously known as AuReiNAND and yes you can use the latest decrypt9wip to directly convert your retail carts to cia format, no PC needed anymore. Or if you wish you can use tools like Shameless/FunKeyCia or CIAngel to get many/most games in cia format provided someone else has already shared the title key for it.

Your sysnand_original and emunand_original (if you had emunand) are backups taken before formatting, those are the ones you want to restore at the end if you had any games/saves you wanted to keep. However once you get everything set up I suggest you make a new sysnand backup so that even if you use a hardmod or the wrong option in decrypt9 you won't lose a9lh.

As for the homebrew channel, while you can use browserhax/menuhax for the moment (though they almost certainly will stop working after Ninty releases the next system update past 11.0) I strongly suggest installing and using the HBL cia instead. That being said, most homebrew is available in cia format or has an alternative that is available as a cia. For example, using the cia of JKSM rather than svdt for backing up save data. Note that some homebrew like cia installers, emulators that use dynarec like gpSP, and save managers will be more stable as a cia.

Ok it's now clearer for me.
SySNAND-A9LH backup is done
And HBL cia is installed

Speaking about saves, I only have pokémon X and used to use the homebrew save manager, I thought my save would be deleted after all the format done. But it is still here, I suppose this is because this is a retail cart game?
I will look for JKSM it seems to be better than save manager.

Nintendo 3ds not booting even with the latest luma version