I want to own a couple pieces of tech that I can't afford and don't truly need. What are some alternatives that are actually affordable for people that aren't rich enough to throw down that much money on stuff?

Here's what I'm looking for cheaper alternatives of:
I can't find a thing because I'm dumb. Thanks in advance!

So you want a programmable keyboard

How good does it have to be? Cheapo android tablet with some custom input chained onto the PC will do it and allow you to have all the macros and programmable fun you want. What kind of latency and feel you might get I do not know, though with some of the modern devices also stepping on the toes of drawing tablets you could do well. http://www.howtogeek.com/161602/how...device-as-a-mouse-keyboard-joystick-and-more/

Also depending upon how many buttons you want you can far more easily make one with a teensy and some screens. Or just some LEDs and custom buttons https://www.sparkfun.com/products/7835 or http://www.futureelectronics.com/en...ED|3|,Ny:True,Ro:0,Nea:True,N:2017-4294938424 if you are feeling fancy.
Alternatively keys for keyboards are not magic and can be made. Knowing you are likely not going to change them often what about getting some blank keys for something and swapping them out as necessary.

Do you really want a mouse like that? That just looks like trackball rides again and they were not cool. You can get some expensive stuff like http://www.3dconnexion.co.uk/ which does well for specific things but trackball never did anything for anybody, and I look oddly at anybody that claims they did. Only exception being for arcade purposes as Rampart and Missile command and such do well for it. A variety of touchpads exist if you want that rather than a mouse https://www.amazon.com/dp/B00AM0SI16/

Wow out of the fad and into the sad. I have needed larger breakout pads for things in the past (semi industrial stuff mainly but the occasional dalliance into disabilities) but that was custom rather than that. Still get a cheap mouse and solder switches to either end of a bar, sorting a rotary encoder to also spin said bar is harder but far from impossible. My solution would probably be to enable mouse keys and use the page up and page down buttons/arrow keys if I did not want to move my hand to my mouse.

My audiophool alarm is blaring. Any half decent speakers will do, or better yet get a normal hifi style amp and use that and it will be 20 times better than anything like that. Stopgap might be a sound bar.
Reactions: TotalInsanity4 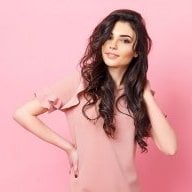 I have a simple asus laptop. That's enough for me to do my job.

Peter Popoff Keeps Sending Me Letters Asking for Money And he won't leave me the fuck alone.