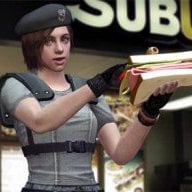 I have a number of retro and semi retro/modern systems. up until now I haven't really been giving them the sort of picture quality they can put out. back in the day I used rf and then composite for 8bit upwards consoles. it wasn't until ps2/ngc/xbox generation I realised how bad composite on some consoles looked. I had scart back when I was a kid but it wasn't rgb. a number of years ago I hooked up my xbox og to a trinitron via component and was blown away. this wasn't using official component cables afaik just standard ones. unfortunately since then both the tv and the xbox have packed in. I think I know how to repair the xbox but the crt ended up being scrapped and I am on the lookout for possibly another smaller one so I can enjoy crt gaming again. the old one while great was just too big and heavy. the problem with crt's has always been that I don't have a driving licence so managing to get it transported is a bit of a nightmare.
my retro games console lineup includes the following (all pal systems so far);

I have no idea currently on how i'm going to capture the handhelds so that will have to be for another time. I have solutions for ps3 and wii u recording, I have a hdmi usb capture card that does a good job of capturing wii u. bit unsure about the ps3 quality? did try some ps1 games through the ps3 and hdmi capture but wasn't entirely satisfied... also my ps3 isn't at home, its at my parents. so I am looking at alternatives for ps1.

upon comparing various system tests that others have done online posting their results on youtube I have come to the following conclusion...
rgb is great and probably the pinnacle of retro gaming but if there is a weak point/cheap part in any part of the chain the results are compromised and rgb is the most susceptible to compromise when using cheaper parts. because of this it is an incredibly expensive format to invest in if you have a lot of consoles or plan to expand. tests that compare rgb,svideo,component on modest systems using mid tier upscalers will produce results which is very comparable (this is all imo ofc). so, without the best upscaling and recording there won't be a huge improvement with rgb over svideo or component and bang for buck better solution would be another format. which you choose depends on personal preference. I really like the look of svideo and component. component on crt and svideo through upscalers would be a good compromise,if I can... I have a potential solution for megadrive and svideo output/cabling. I also have a potential solution for ps1 and svideo. I don't have a solution for xbox, ngc or ps2 currently and still weighing it up.

I would like to split the signal from the consoles and instead of going the modern cheap upscaler route I decided upon a slightly different alternative using dvd recorders which can accept svideo and can output hdmi and component. I am thinking since I have a hdmi capture card I could try a simple passthrough on the dvdr if possible. the logic here is that I would be using tech that was fairly decent for the time to upscale to 1080p rather than a cheap modern equivalent... the reviews I read of dvd recorders said that on hd displays the upscaling looked fantastic. so I thought I would try it out. but I would imagine there would be input lag? as its going from svideo into dvdr into hdmi splitter into hd display. or if possible dual output, out of the hdmi output on the dvdr into capture device and out of the component into crt? since I want to minimise lag and I would like to try crt gaming again I figured splitting the signal before it hits the dvdr would be a good idea? also because I don't think most dvdr's are capable of putting out a signal through both the component out and the hdmi?

so was thinking with a splitter the signal would go into the splitter and onto a crt while the other signal goes into a chain to record it at 1080p. upon researching splitters I ended up going down a huge rabbithole about matrix splitters,bnc cables and rgb. a lot of this I don't really understand and seems quite complicated and potentially unnecessary and expensive for a simple task especially for someone not invested in rgb. really all I want right now is to split one svideo or component signal out to both svideo and component outputs and not degrade the signal or possibly one svideo out to two svideo. I can deal with pulling plugs in and out where needed. but does such a thing exist!? maybe I would have to buy a combination of different products to perform this? I would be down for that as long as the cost doesn't start skyrocketing... I saw some matrix splitters on ebay by amx.. and looking at the back I can see vga and svideo and what I presume is bnc? I don't think I know enough about this to go for one of these; https://i.ebayimg.com/images/g/lGEAAOSw2npe2kWm/s-l1600.jpg https://i.ebayimg.com/images/g/MSkAAOSwLrle2kWf/s-l1600.jpg am I barking up the wrong tree? would this even be useful for what I need to do?! the dvdr is a sony rdr-hxd870. i've yet to test out the hard drive recording. any potential ideas for different ways to output from here that I haven't thought of without using splitters?

the area I am stuck with currently is my pal gamecube and the potential for playing xbox games and ps2 games.
I could repair and fix the original xbox with spares repairs ones but I would probably want to get an xosvp and good component cables if doing this. the other option is a used x360 slim as it would output hd and is backwards compatible and I could play the x360 games I have picked up.
the ps2 I don't know what to go with either? I could get a used ps2 and softmod it to output 1080p? but what kind of cables should I get if I do that and how would I connect it up to systems to record and play?
the gamecube is another problem area. I am not down for buying gc component cables, just way too expensive. since it's pal and my games are,I presume it won't output svideo although I have seen something below. I don't have a wii but I could buy a used one and try wii2hdmi? idk I think it looks ok?... opinions? nintendo official wii component cable are increasing in value, I sort of like the look of the kaico hdmi output, but again I wouldn't be getting glorious crt gaming? right?.. if so, how to wire that? I also saw this; https://www.ebay.co.uk/itm/S-Video-...069887?hash=item2d1634887f:g:rf0AAOSwFXNZd4oR is that legit? would it be on par with an ntsc ngc with svideo? I read somewhere that svideo cable performance is more of a level playing field as long as you make sure it's not composite? but how does it even work if svideo was not supported in pal regions!?

if you managed to get this far then congrats, that was a long long post so thanks for reading. any thoughts, ideas for setups that don't break the bank?

Y
Hardware Are using a BC PS3 and PS2 (both with composite cables) the same quality/performance on CRT?

C
UnleashX Xbox reboots itself at random on system menu, what is it and how do I fix it?

Hardware PS3 with a broken HDMI port. What are my options?

@ KennieDaMeanie: Neither 1 minute ago
Chat 4