Ok i searched every where
Does anybody know what i can do to be able to play online without updating?
I tried updating luma and still cant play online. I dont know if its safe to update.
I believe I have boot9strap i followed everything on 3ds.guide. 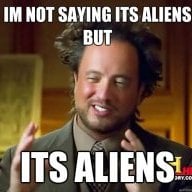 you have boot9strap installed so its ok to go to system settings click other settings click update and update iv done this with 3 systems all ready all works fine and after it gets done your system will still have cfw and all that installed.
Reactions: Quantumcat
M

and everything will work fine?

Why wouldn't it? If you have Luma it's perfectly safe to update, you don't lose anything!
Reactions: Quantumcat

The last nightly of Luma to support online spoofing was commit A74D9C6D, after that it was removed so people would just update.

Mike231x said:
Ok i searched every where
Does anybody know what i can do to be able to play online without updating?
I tried updating luma and still cant play online. I dont know if its safe to update.
I believe I have boot9strap i followed everything on 3ds.guide.

11.5 with cfw . . . you have two options
1. update there is no real difference for cfw users (except for being able to go online)
2. downgrade to 11.3 or lower and use ctr-httpwn (inconvenient and more trouble than its worth)
Reactions: ThoD

Mike231x said:
and everything will work fine?
Click to expand...

idk i was just scared lol.
ok if my cias and everything work then im updating lol
Reactions: leerpsp

Mike231x said:
idk i was just scared lol.
ok if my cias and everything work then im updating lol
Click to expand...

no prob its always best to ask if you are unsure . . . but fyi if you actually read 3ds.guide (and not just the instructions . . . shit its even in the instructions) you would know its safe . . . here is a quote directly from the faq
"Q: Is it safe to update CFW SysNAND?
A: Yes. This is safe, stop asking about it." 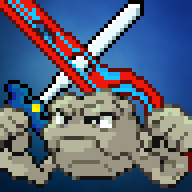 I'm going to say this now so I can copy and paste this into other threads to explain exactly what a cfw is:

Basically, a cfw (Custom FirmWare), is several patches applied to the 3ds OS launched via some sort of exploit (in most cases b9s). These patches range from signature patches (allowing for the installation of CIA files with invalid tickets) to the Rosalina system module that pops up when L+DOWN+SELECT are held. Otherwise, there is no difference between a regular vanilla 3ds and a 3ds with a cfw launcher installed (as a cfw is never really installed. What is really being installed is something that launches a cfw. That's why godmode9 and other payloads can be loaded too). This means that the 3ds can be updated as normal, with no need to worry about losing games or saves. The same goes for updating games, which is discussed in detail later. In fact, you could install b9s (boot9strap) and use your 3ds like a completely normal 3ds, and there would be absolutely zero difference between that 3ds and a regular vanilla one. The only way to tell would be to send it in to Nintendo.

Due to a lack of account system on the 3ds at launch (Nintendo network IDs were shoehorned in later, and thus don't function quite right), all 3ds games acquired illegitimately (CIA files) function identically to games that were purchased and installed through legitimate means. This means that pirated games can be updated and played online just like normal games. The only exception to this is if the game is from a different region then the 3ds itself. Those games muse be updated via a dumped update CIA file, which are easy to come by.

Lastly there comes the fear of being banned from Nintendo's online services, which for the most part have been blown out of proportion. As stated earlier, a cfw 3ds is no different then a regular 3ds aside from a few patches here and there. This makes it 100 percent impossible for Nintendo to detect a console running a cfw, and thus impossible to ban. Even running games invested via a cia file online are guaranteed to work fine online. Now this isn't to say that bans are impossible to come by. Many cfw users have been banned for unknown reasons. Though not much is known about these bans, there are several things that are known. 1: it is not caused by running a cfw or using pirated games. 2: users who do not use CIA Homebrew apps and instead use Rosalina 3dsx loading have been shown to be unbanned. 3: cheating online or playing leaked roms before they have been released will 100 percent result in a ban. From these clues, it can be concluded that people who simply use Rosalina to load 3dsx Homebrew instead of using custom Homebrew CIA files are nearly guaranteed to be safe from any future banwaves.

Again this might be a bit long to read, but I wanted to get this info out there, and so I would never have to bring this up ever again. People are free to quote this in their own posts if they feel this gets a good point across. I might update this post for updated information and/or spelling corrections. This was typed in the middle of the night on mobile so spelling mistakes are bound to be abundant.
Last edited by Giodude, Nov 21, 2017
Reactions: ThoD
M

that was great man thanks a lot.

Everyone else thank you going to update right now!

I'm so tired rn. What is wrong with me. 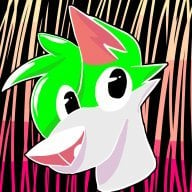 Giodude said:
I'm so tired rn. What is wrong with me.
Click to expand...

I blame the recent time change. I feel its been messing with me aswell.
Reactions: Giodude

Giodude said:
a cfw (Custom FirmWare), is several patches applied to the 3ds OS upon booting up
Click to expand...

Not quite, they are applied when they're applied, with B9S and A9LH that happens to be at boot but menuhax, browserhax and the DS profile exploit
would launch CFW too, but not at boot.
Reactions: wormdood

Quantumcat said:
Not quite, they are applied when they're applied, with B9S and A9LH that happens to be at boot but menuhax, browserhax and the DS profile exploit
would launch CFW too, but not at boot.
Click to expand...

I do clarify that later, but you're right, it's a slight contradiction.

A
Can i use with CFW online Services with Firmware 11.0.0-33E (without a Update)