Hacking Can it be figured out? - Big mess! 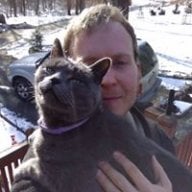 hey guys ive been trying to get my switch working for the longest time now. I bought it when it first came out and had bought a mod chip right away and everything worked fine.
I couldnt tell you what went wrong, but eventually i found 2 areas which seem to be the problem. Ive been working on it on and off and no matter what i throw at it i just cant solve the problem.
So my issue was that i couldnt get the system to boot normally. The mod chip was not working and it was not working off the base station.
I thought it was fried but i knew i had not done anything horribly wrong. Then again this was really early in the systems life and there really wasnt a guarantee.
I later was able to get to a boot menu using tegrarcm which almost brought a tear to my eye knowing she was still breathing, I knew i could bring her back to life.
So i tried to read forums and diagnose the problem. I dident get much feedback. But what i did find was two thing that were probably the cause of the system being crippled.
1. bootloader/hekate_ipl.ini was missing.
2.sleep mode library is missing

I finally today got a chance to mess around with it again and found a nice repository for kosmos cfw. I was finally able to let the system back into the real world, I was able to boot her up witha cfw and get back into the nintendo menu. I was able to see my games view my folders and everything i missed. But i still was unable to boot it up normally. I suspect it is the ini file that is missing. And the ini file is probably what is also causing the sleep mode to not work properly causing it to not work on the dock?

I tried several things but still was unable to figure it out. Even tho it seems im getting close, i still wonder if ill get the help and figure this out.
I read that the ini would be due to autorcm, and if i had enabled and disabled rcm from say the modchip and from custom launcher.
I am was running 5.1.0 and updated to 6.0.0 using choidujour But still i can not boot regularly or using the mod chip.
I tried copying and paysting a ini file from kosmos bootloader folder into my bootloader/ini folder but still no luck
I still have to use tegra to launch a payload.

Im hoping i can find someone here who can help me get my girl up and running like a race horse once again.

Any help will be much appreciated.
Thanks
Last edited by CosmicArray, Oct 27, 2019

So i know its reading the ini. It seems the sleep mode library may be the main issue.

When i boot hekate without a ini and try change the auto boot and go config it says no ini. And when i reinsert sd card with ini file in that folder it allows me to change.
And depending on what i change it too it boots differently. But I still have to boot using hekate payload from tegra.
And if i boot hekate i still have the warning: sleep mode library is missing even after updating firmware.
So where does the sleep mode library exist and is there a way to modify the system so i dont have warning anymore and the system boot normally?

I did, it. Apprently it was the autorcm feature. And it was something to do from the modchip.

I was able to get the modchip working again and in the process uninstalled autorcm. and voila!

Hopefully if anything has the same issue this thread will help them.

its its just one program interfering with another.

B
Family connected and updated to firmware 14.1.2, Hekate not launching

C
Migrated from SX OS to Atmosphere. Boot into hekate, launch atmos then nothing.

@ KenniesNewName: sorry shes on the line with me your mom will get back to you later 29 minutes ago
Chat 1