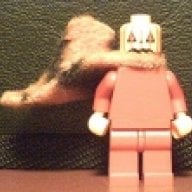 I would like to backup up my legit digital downloads in the same format as disc-2-app does, so that if my Wii U frys I can just install them on another wii U.
I've tried to follow tutorials, and explanations, but I'm just confused. I've done this with my old Wii Shop games. I think there are pieces missing in the explanations because of anti pirate policies, but I'm trying to do this legit. The Eshop is not going to be around forever, and I want to be playing these games on the original system like how I still play Wrecking Crew on my NES.

Can someone do a "Dumping your digital games & DLC for dummies?" for me.

Like
Step 1: Get your private traffic tickets with this app.
Step 2: Use this tool to dump the game| DLC
Step 3: Pay your tickets and convert to WUP.
Step 4: Store in freezer until apocalypse, and restoration is needed.

Aren't there videos on Youtube. We can't link it here due to it needing keys (iirc) and those videos on Youtube have keys. There's a video dated for 2021 that discusses eshop and cd games.
Last edited by fvig2001, Feb 28, 2021

fvig2001 said:
Aren't there videos on Youtube. We can't link it here due to it needing keys (iirc) and those videos on Youtube have keys. There's a video dated for 2021 that discusses eshop and cd games.
Click to expand...

The ones I can find all talk about dumping for CEMU, I want to dump to WUP so I can install them back on an unfried Wii U

W
Gaming Homebrew How would i go about playing my old save file of Mario Galaxy 2?

R
Softmodded my Wii U years ago and now I want to put more games on it but I can't remember how! Help please.