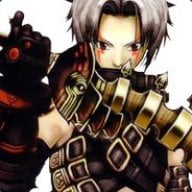 I got this thing (as shown on the image attached) from a friend, with a 2gb microSD card, but the microSD was empty. As far as I know, searching about it, this type of R4 carts needs some files on the microSD card (formatted on FAT32, which I did) to run, so I went to the website written on the cart and... It was down.

So I searched many threads here on GBATemp, and got the files needed, I think. But it doesn't work. For information, I'm using an O3DS with Luma on latest firmware and everything and I know that Luma is supposed to work with any of those R4 carts, even if it's clones or whatever, which I suppose mine is. Nothing appears when I insert the R4 cart, like if there's no cart inserted. I can't even see Spongebob's face, as it appears to happen on YouTube vids I'M NOT WORTH OF YOU, SPONGEBOB?!

I tried switching the files on the microSD as the ones I managed to find on these threads:

[here lied many links to the threads but GBATemp doesn't let me post with links, so...]

So, I give up on that pinky thingy or there is a solution that I'm not seeing?
Also, it is worth mentioning that I tested the microSD, and it is working normally.

Thanks in advance for your time.

TL;DR R4 doesn't work an O3DS with Luma, tried many "kernels" without success.

Replace the flashcart with:
-or-
-or-

I did all steps until

I can only see a couple of files on the DAT folder. So I need to use just those files?
Or together with some existing kernel? If so, what kernel? I had found some here (as I stated on the main post) but none of them follows that folder structure for me to replace the files. Most just use a "_DS_MENU.dat" and a folder called "__rpg", no files were what I found on the dat folder to replace.

So, I copied the files I founded under the "R4-Clone" folder in YSMenu kernel, and replaced the files on the TTMenu folder there with the ones I found on the DAT Folder. This made an strange result... Now my 3DS gets hella confused with the R4 cart, the theme music stops while the cart is detected and undetected (showing a DS cartridge icon with no image or label) and my 3DS system freezes after some seconds. I don't know if the R4 cart is damaged and isn't making a proper connection with the console, or if it's the files that are wrong and making this result... It's probably the cart since this thing is SO DAMN FRAGILE. I could crush it just by holding with some pressure...

Unfortunately I can't buy a new R4 so it's this one or nothing, I guess. I checked the prices here and they all are too expensive (in my country) for me to pay.
Also, I couldn't test my DS functionality with other cart yet but I'm going to do this with a game from a friend in a couple of hours.

Thank you so much.
(I was holding my giggles when I saw your username, you almost got me laughing hysterically in a middle of a meeting)
Last edited by andremiles, Aug 30, 2019

You can try this one.

I don´t know if your Flashcart works on actual DS/3DS consoles.Depends on the Firmware from your console.

HEEELP! NOTHING is working on my 3DS