I recently soft modded a Wii using xzxero's guide.It was successfully reading backup copies of my games. Afterwards an update was done, which in turn messed some things up. The Wii will no longer read backup copies of my games. The Wii is updated to 4.2U, i think what happened is that during the update, even though the SD card WAS NOT in, Nint3nd0 must have detected the neogamma channel, and then disabled it somehow. So after extensive research as to what to do, i was still lost. I reloaded the NAND and redid the softmod from the same tutorial. I'm left with the same problem, Error 001 everytime i load a backup dvd of any game which i know had worked on this exact same Wii just the other day. I've tried multiple versions of Neogamma, Wad installs etc at no luck, can someone please help.. Thank you in advance for any suggestions. 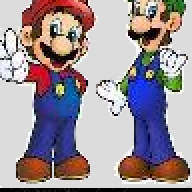 Nintendo is a idiot. they are nowhere near that smart. Re-install your ios or just go to cioscorp 3.5. its not nintendo...
M

Alright can ya gimme a lil more to go on by re-install your ios.. i went into hackmii and intalled bootmii as ios... not sure if that's what ya meant.

Alright so i loaded it up on my card, and don't see the install in the homebrew channels, in the NFO however i DO see

I don't believe this is the case, i followed xzxero's guide which i will link here..

i still need help if you can further assist.
T

QUOTE said:
Alright i'm makin a new topic to adress the problem directly.
Just like 500000 other people who dont know how to search

I call Bullshit, theres a lot of topics on this already

Do people really think they are so lucky that they're the ONLY people who ever have a problem with wii
Did you even read his guide?

trush its thanksgiving in the us...
make sure the .dols in your app folders are called boot.dol.
T

So on thanksgiving americans dont use the search button huh?

Thats something to give thanks for.
M

ok changed the names, worked, kinda... got to the cIOSCORP 3.5 main installer, i click a to continue and i get an error (ret = 1)

Thanks for your patience in the matter, appreciate the troubleshooting thus far.

haha you were a 'noob' once, if you help him then it would be much easier and 'noobs' can find it easier if they search.
@microwilly lemme check.
Edit: what REV are you on? Install the latest version and it should fix it.

Did you try reinstalling your cIOS? (I recommend rev14)

For your information, when i was a noob I knew how to read, i didnt ask any questions, I used the information that real users do.

The ideal gbatemper NEVER posts anything, the info is already here.

yeah i reinstalled it after i did the NAND restore, now that i think of it, both times i had rev 15 installed. maybe load a NAND restore again, start at trucha bug again and install rev 14 this time when i get to it?? YES i am a noob, YES i understand the search button, which i've hit a million times in the last 24 hrs, maybe i suck at least i'm trying... Gamer i honestly do appreciate the help. ty

Good to see someone here trying to be helpful, as opposed to, you know, not being helpful and trying to attain new levels of jackassery.
M

alright so i tried to uninstall v 15 with wad manager, it error'd out do i just restart trucha bug from step 1? is there a diff way to uninstall these v 15 wads?

wtf are you using wad manager to uninstall/install cIOS's for?

it will install over top of your current cIOS.
M

no NFO in there, i ran it on the Wii, it wants to use ios249 i should change it to 36? any furthe rinstructions for this?

and if you tried ios36, and it returned that error, it means your ios 36 doesn't contain the trucha bug.

use trucha bug restorer or DOP-IOS MOD to restore it.

This error, it wasn't when it was trying to download it or anything, correct? it was immediately after picking the ios and online/offline install, correct?
M

Hacking Metroid Prime Trilogy refusing to boot on any games through any USB Loading, even with compatible HDD