Ace Attorney is a series of adventure / visual novels created by Shu Takumi and published by Capcom in which the player assumes the role of a defense lawyer in a fictional court, which is based on the Japanese legal system, seeking the verdict of "innocent" for your client, using criminal investigation, evidence, and examination of testimony in order to prove the innocence of the client.
The first three games of the series were originally released only in Japan between 2001 and 2004 for Game Boy Advance, being later adapted for the Nintendo DS and translated into English, among other languages, and later being released the trilogy for Nintendo 3DS.

Phoenix, the protagonist of the first three games, is a freshly graduated lawyer from the law school, taking a job at Fey and Co. Law Offices, led by Mia Fey.
In the fictitious and futuristic system of justice it occurs that when a person is charged with a crime, they immediately have a trial, having a judge, a state prosecutor, and a defense lawyer who must thoroughly prove the accused of innocence of the crime.
Judgments last a maximum of 3 days, due to the large number of cases that the courts must deal with; if the accused is not found innocent after that time, the case is transferred to a higher court.
Most of the work during a trial is made by the defense lawyer, who must listen to the witnesses brought by the prosecution and find contradictions in their testimonies to rid their client.

The game takes place in an urban city, happening from 2016 onwards; for the Brazilian version, the city is in São Paulo, a state of Brazil, while the Japanese and English versions are located, respectively, somewhere in Japan and in Los Angeles, California.
Translation differences will sometimes reflect differences between societies, such as the side where the driver of a car stays.
And also, the names of the main characters were adapted according to the translation; for example, the main character is called "Ryuichi Naruhodo", which the last name is a pun on the Japanese word "I understand", was renamed to the Brazilian version as "Fênix Veríssimo", referring to the Phoenix that comes from the ashes, and a pun on the portuguese word "veríssimo", which means "very true".

Facing dilemmas, contradictions and many bizarre things, you must always seek the truth above all in this game, with a good and strong:

First of all, we must say that we have full intention to translate all the first trilogy first, for both Nintendo 3DS and Nintendo DS versions, and, eventually, we will leave everything ready to face the new trilogy as well as the spin-offs.

A long time ago, around 2007 or 2008 maybe, a translation for the old mobile version, containing only the case 1 of game 1, had been launched by the user Solid One, with everything adapted (http://www.romhackers.org/modules/PDdownloads/singlefile.php?cid=63&lid=120).
That inspired people and close to 2009, I believe, an old user named Marvin tried to start an NDS project. The difficulties were great, you could not edit everything, it was too many scripts to translate, and, in the end, everything was abandoned.

After many attempts, around 2016, the mood for a translation project of the series was back, this time thanks to the trilogy version of 3DS and the tool for her that an user named Onepiecefreak created, making the translation even easier.
This inspired people like the creator of the mobile version and other users such as Steve_Doido, Djmatheusito, Bmatsantos, Magalicia and etc. to come together and start again a translation not only of the DS version this time, but also of the 3DS one, in an even better and more complete way; attracting, even, the attention of old members from the previous project, like Gamerulez and Marvin.

The game includes several names with important meanings and/or puns, with real localities issues, real cultures, among other things that make the locatization necessary and more difficult, and it is the objective of this project to be able to adapt the game to the Brazilian reality, otherwise it would lose the fun of the game as well as a coherence in the context of the story, being impossible not to adapt all of it.
So use the brazilian wikia in the series and understand the adaptations for better understanding of the game based on the brazilian reality, culture and way of life. Thank you! And then...

AATri Tools: Original extraction and reinsertion tools of all game content, made by the user Onepiecefreak of the GBAtemp forum:
Link: https://mega.nz/#F!ZtJmXYzD!1XgA_iO4B6Tm2kef1kSUxQ

Onepiecefreak, for the enormous help with his tool that made this project a reality;
Russian traslation project, for insights about romhacking.
Steve_Doido, for the previous effort to reorganize and reanimate a translation project of the series;
To all current team, for being present as much as possible, contributing a lot to the project.
To the daughter of the user Solid One, Letícia, who will play this translation a lot.

In order to use it, the following prerequisites must be met:

A) A Nintendo DS with a FlashCard or an emulator like Desmune (http://desmume.org/download/);
B) The game Phoenix Wright: Ace Attorney installed on your DS or PC, mandatorily in the US version.

Having fulfilled the prerequisites, follow the instructions for applying the translation patch:

1. Download the "Xdelta UI" program (http://www.romhackers.org/modules/PDdownloads2/singlefile.php?cid=8&lid=181), the patch (https://mega.nz/#!gw42iBoL!2Lj_os0vhcmDcQPQ3TchtTkLNhk6jRMy_aE91H2RRss) and the original ROM and install all of them in the same folder.
2. Open the "Xdelta UI" program, choose the patch in the first option (Patch), the original ROM in the second one (Input File) and the name you are looking for the new file in the third one (Output File) and click the "Patch" button.
3. Open Desmune or your Nintendo DS, select the translated ROM and TAKE THAT!
Last edited by Gamerulez, Dec 28, 2017
Reactions: Stealphie

Hi guys, just posting this to tell you that we released yesterday the first stable version of our translation. Now it contains all cases fully translated. Since Gamerulez will be a bit busy right now, and I don't know when he'll update the post here, you can find more information on our website here: https://jacutemsabao.bitbucket.io/
Reactions: Stealphie

I'm updating this post in order to say we're updating the project of the first trilogy of the series at our website: https://jacutemsabao.bitbucket.io/
We have now released all the first three games, the only thing left is the last case from the third game.
Reactions: Stealphie

Will y'all make an Apollo Justice translation? Great work btw.

Also, if y'all end up doing an Apollo Justice Translation, will y'all port the translation to the 3DS version? Still, fanstastic work. 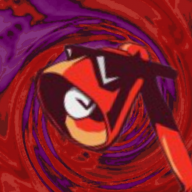