Hardware Wii U takes disc, stays silent, ejects it and takes it a second later then ejects it again 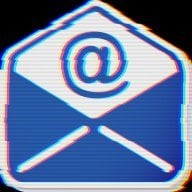 I had issues with my wii u disc being read, it would make a grinding noise for a spit second then fade then come back and linger for a second then go silent like normal when your disc doesn't get read. I tried a wii disc to see whether it was a problem with my disc and then this happened. After this I just put in the wii u disc and this problem that happened with the wii disc started on the wii u. It also doesn't show the invalid disc icon or the game icon on the menu. By the way, I haven't tried to touch the disc when it does that.
( I'll post a video on youtube and embed it later if you don't get what I mean)
Last edited by Forgotten_Email, Sep 5, 2019

Your DVDs are not scratched or damaged?

Your reader is not damaged ??

Wii U will no longer read discs

A
Hacking I basically bricked my USB

@ breathergames: Hey I'm looking for an Itch.io game that was featured here on GBATemp a couple of weeks ago. It... A moment ago
Chat 2