Homebrew Wii U needs a multiplayer GBA emulator, able to emulate 2 GBAs at once, one on TV, one on Gamepad

Like title says, I think something like this should theoretically be possible, the Wii had a little known homebrew app known as GB4GB (https://gbatemp.net/threads/gb4gb-for-the-wii-released.282279/), capable of emulating 4 GB(C)s at once, with the top 2 and bottom 2 capable of linking up. It wasn't perfect, and I think it was abandoned after only its initial release. All the same it was a proof of concept that proved even the Wii capable of such a concept. With the Wii U having more power and being better built for such a concept with one system emulated on the TV and the other on the Gamepad, it could be the perfect homebrew use of such hardware. Maybe up to 4 instances could be emulated at the same time, but I think aiming for 2 GBAs at once in such a set up would be the ideal thing to first aim for. This would be so great in allowing us to experience so many great classic Gameboy (Advance) multiplayer modes that are pretty much locked away on modern hardware.

Of course, I don't know what the hell I'd be doing, so I'm not here to say I'm doing this, but I wanted to float the idea out there because I love the idea, and think it'd be a great unique utilization of the Wii U's Gamepad in conjunction to what different is being displayed on the TV, because as far I've seen, I've noticed very little of the Wii U homebrew scene try to take advantage of this unique nature of the Wii U, asymetric gameplay I believe is how they were marketing the idea of 2 different things happening with the Wii U and on the Gamepad. Would be really neat to see some of that stuff happen in the homebrew scene for the system. Of course I know it's not a super active scene, but I can't help but notice the missed potential we have lying here.
Reactions: TonyNESgri, Tur7L3, ignare and 3 others
B

The ideia is good, but hard to achieve. The code from the Wii App could be reused since they share a lot of hardware and software assets. Maybe a initial release equal to the Wii app would be perfect. But we even dont have a GBA emulator of sorts, only retroarch and Virtual Console on Wii U
Reactions: TonyNESgri and StrayGuitarist 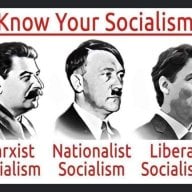 The Wii U needed and still needs a lot of stuff it probably won't get for a while. Given how emulation works (it's not really multithread friendly, unless the emulated system was) anything the Wii U can emulate once it can likely emulate twice, given the whole "multicore CPU" thing. The GPU might not be able to keep up, depending, but the GBA has no hardware acceleration so that wouldn't be nearly as much of an issue there.

As much as it would be so cool to have an emulator that can handle native netplay locally with other emulated instances, and remotely with emulated instances and/or real hardware connected via some USB interface that I know already exists, it's also a lot of work.
Reactions: TonyNESgri and StrayGuitarist
W

There's 20 things the Wii U needed, this wasn't one of them.
Reactions: niuus

wolf-snake said:
There's 20 things the Wii U needed, this wasn't one of them.
Click to expand...

Your opinion is noted

Nintendo Wii U Sep 1, 2022
rahulkalra9
R
F
Idea of solution for vWii disc based homebrew (gamecube controls for Project m/+, ctgp 1.03 from Wii U Menu, ISO instead of disc)