Now we can all be British.

omgpwn666 said:
Now we can all be British.

or even worse : Autralian...

The european PAL-version is out since august, name is "Ashes Cricket 2009"

It's not baaaad but it's pretty damn boring, because it's Cricket. Well, I guess some guys in Australia, England and India will buy it.
K

Been out (and crap) for months, just delayed and renamed for Aust because they lost the Ashes series.

Isn't this a Indian sport?
K

I've been trying to get the original PAL EU release to work. I just got it working today. It had the save file you needed to use from someone with the original copy... and now that I got my Wii working with games via USB HDD (NeoGamma R7), I've actually got this working. Hope it's not as bad of a cricket game as those have made it out to be... it's been for ever since I've been able to play a cricket video game (Cricket 97 on PC was my last one).

Edit: it's working fine on my NTSC 4.2U (done via the 'modify any wii 4.2 and lower' guide here on gbatemp), and then loading off of USB HDD in NeoGamma R7... also this was after using the save file found in the original EU release thread. Game play isn't that bad... wish it had motionplus support, would make batting much more interesting (all motions, batting and bowling, you can get away with using simple 'flicks' instead of real swings). But overall... happy to finally have cricket on Wii.

Any differences from the EU version except the name?

X D D X said:
Any differences from the EU version except the name?
Click to expand... 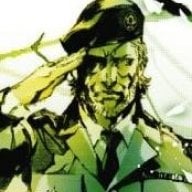 I'm sorry, but you can't be serious
Y

This version suffers from the same problem as the Ashes version, where you can't create a profile. Anyone have / know the whereabouts of a working Save file for this version?

I tried the save file but it doesnt work....

Introductions Mar 13, 2022
gh0stslayr
G
U
Hardware brand new to wii u, already hacked it, but—what should i be thinking about when it comes to controllers?

@ sombrerosonic: Ah, i know, it was that hey said mario kart and i though you were using that as the joke base +1 24 minutes ago
Chat 0