Gaming Which region is this?

Most times a region-free region will check all regions including "Region Free".

What region is this, though?

the schtrom check will tell you. instead of just giving ticked boxes


I didn't know there was such thing as "NTSC and PAL". 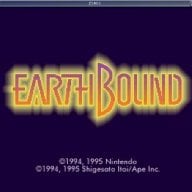 When i used my 360 for iso's.Some PAL games worked on my NTSC console.

QUOTE(Armadillo @ Jan 20 2008 said:
It just means the game will work on only NTSC-U consoles and PAL ,nothing else. The region free box only gets ticked if it's totally region free and will work on all consoles.
Click to expand...

Indeed, so if you have an American or European console you should have no problem.
J

I dont understand why all games arent region free?

Not all are region free as it's up to the company who makes/publishes it to decide whether to lock it or not. Certain companies like EA lock pretty much all their games , where as others seem to make them all region free.


Why they do well , same reason as everything else. Money & control. If a game isn't region locked and there is a long difference between it coming out it two regions , then everyone will just grab the one that comes first , so low sales in the other region. Also can be much cheaper to import. Like here (UK) , if a game isn't region locked , you can normally get the import for cheaper and earlier. So less money for company.

Then there are the games that are region locked , even when there is no intent to bring it out else where , that's just the company being a arsehole.

games not running on modded wii u

How hard would it be to region unlock umd videos?