Gaming Which game has 3.2 Firmware? (JP)

I was wondering if anyone would be kind enough to tell me which games have the JP 3.2 firmware upgrade? I think mario kart does but i wasn't too sure, thanks! 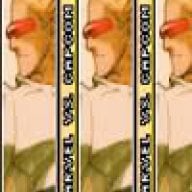 Oh wait I didn't read the JP part, I'm not sure about that.
D

take a look at http://hackmii.com/2008/05/semi-brick-fix-discs/
if you have a chip you can use that, perhaps it helps
S

thanks for the replies, ah but my wii isn't bricked or anything. i just have to update it from 2.2J 3.2J so i can play newer games on it XP
S

Can you install homebrew on your 2.2? If so you can use any_region_changer or custom IOS downgrader to upgrade to 3.2 over wifi
S

ah i suppose i could but i don't have wifi so i was looking to see which games had the update...
S

Have a look a daveduluxe's reply. You can download those semi-brick disks which contain the 3.2 system update. Then extract the system-menu wad from the iso using wiiscrubber. I think you can then install the system-menu wad using a wad manager (although this should be verified). No need for wifi or a specific game!
S

ah i see, that means i have to install the hombrew channel. however i was told that i would need the original version of TP and it has to be the same region as the console? e.g. JP TP for a JP wii? or does any region work? thanks. 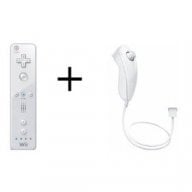 syn13 said:
I was wondering if anyone would be kind enough to tell me which games have the JP 3.2 firmware upgrade? I think mario kart does but i wasn't too sure, thanks!
Click to expand... 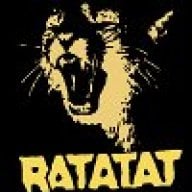 on hackmii they have the semi-brick fix discs that have all the different region 3.2 system wad's on them. not sure if that's what your looking for tho.

By the way, you could also use Waninkoko's cIOS Downgrader. It works for upgrading as well.
S

oh ok thanks for all the replies, i found something called wii update manager which can replace the update on a disc with another one so i might give that a go first. isn't 3.3 the firmware that stopped tucha signed games from working though?

i guess i'll try the wii update manager first, then try the 3.2 wads to see if they work.

maikel, ah i'm upgrading my wii not downgrading XP. it's on 2.2J at the moment and i wanted to update to 3.2 XP.

3.3v2 is the one that really started messing with homebrew. I had 3.3v1 and everything works perfectly. either one works. I guess your wii is not currently homebrew enabled, right? because if it is then you could just use cIOS downgrader to update to 3.2.

Mods which work with Quake GX