Hacking Which Flash Card should I get out of these two?

Back when the GBA scene had started picking up (I think I remember it being around the time when the GBASP was released), I bought a 256m EZF Advance cart. I think it was one of the first (if not the first) carts to include a Real Time Clock. It worked great for quite a while until one day I noticed the clock had been reset in the loader menu. I set the time again but it kept reseting about a day later. I remember reading that the cart has a rechargable battery that charges whilst playing. So I plugged the GBA into the charger, loaded up a ROM, paused it somewhere in the game and left the GBA on for a day thinking that should recharge it, but had no luck. I thought maybe I need to replace the battery so I opened the cart, ripped out the battery (which had been soldered in) and ordered a replacement made specifically for the EZF Advance. The site I ordered from later told me that they're sold out and werent sold anywhere else. As of right now, I don't think you can get a hold of these anymore. So now I'm left with a cart with no RTC. This is well over 3 years ago now.
Fast forward to 2 weeks ago, I had just bought a cheap Gameboy Micro off eBay and thought about trying my EZF Advance cart again. Theres no battery anymore (well its still there inside the cart but not attached) but the rest of it still works, right? Wrong. I put about 3 ROMs on there and played for about 3 days before all the save files were erased. Without paying much attention to it, I carried on using it (changed a few games around, some stayed on there) and a couple of days later it happened again. Wasnt too annoyed at first. It was when I made it till the end of Metroid Zero Mission on a 100% file attempt and seeing the file erased that I finally lost it and decided that I need a new cart.

I've done a long search and noticed a lot of the older carts are much harder to get a hold of. But I've narrowed my choices down to two flash carts.

I kinda want to buy the EFA cart cuz the cart doesnt look ugly and feels more like a GBA cart (kinda like the EZFA I have), except its a transparent purple colour like those Pokemon carts. And the cart was made purely for playing GBA games and homebrew. I'm never gonna use it for music, videos, etc so I wouldnt want all those extra options getting in the way, just a plain and simple list of .gba files I have on the cart. Plus its cool to be able to just plug the cart into a USB port. And finally, as far as I know, the cart only has NOR memory so roms would be loaded instantly. Correct me if I'm wrong but anything with removable storage would have to transfer the file over to NOR first.
The only thing I can think of that backs up the M3 is the fact that it supports all save types and no patching would be needed.

So which flash card should I buy? I know the EFA already supports SRAM, Eeprom and Flash, just not every version of Flash. So how much of a problem will I have with patching if I went with the EFA cart?
And does anyone know why my files get erased on my EZFA? If I resolder my battery back, is it possible to ever get it working again?

2, only if you want to play nearly everything under the sun.

if your playing only a few games and don't plan to recover your saves get the first one. 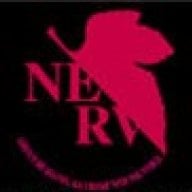 the m3 for sure
R

Thanks for the replys.
Another question. Is there anything the M3 lacks that any other cart might have?
U

M3 is the best cart that you can get for your money. If the other carts have something the m3 doesn't have, the cart doesn't exist.

@ M4x1mumReZ: Someone on drugs would be holding a knife. A moment ago
Chat 3