I've been indecisive about what I should do for my YouTube channel. I mostly post about games and computers, but I also want to get into things like tutorials and my own takes on soundtracks. What do you think, should I have a separate channel for my personal stuff like my music and games, with the tutorials on my main channel, or should I just keep all of my content on one channel? I'd like to hear your suggestions.
Solution
I've got a personal one and one that I made to use for posting tutorials on noexs. It's a bit of a problem remembering which one is which lol. Just make note if you do that as to which one is which.
Sort by date Sort by votes 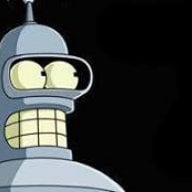 I've got a personal one and one that I made to use for posting tutorials on noexs. It's a bit of a problem remembering which one is which lol. Just make note if you do that as to which one is which.
Upvote 0 Downvote
Solution

What do you aspire to do with it?

I can sort of understand those that want to drive it as either their income, or grow it, wanting to focus down, split things and thus make themselves appear more favourably to the algorithm. On the flip side "this is what interests me"* is part of what makes the setup so appealing -- very few people in the computers and games field stand out by virtue of their computers and games videos alone but if I can see you coming at it with a slightly different slant (I am a musician that likes games not being entirely unique but enough that you are not either the eternal optimist or slightly cynical type that will possibly get a hit piece about them if they rise to challenge mainstream gaming press) then that is a different matter entirely. If they were more radically divergent interests then maybe but it is not like games, computers and music don't meet all the time in interesting ways.

*to be fair I have a mild interest in anthropology and such things allow me to be lazy and still indulge it.
Upvote 0 Downvote

What are you thankful for?