What exactly is a "XX Bit console" anyway?

Someone came to me and started talking to me about consoles and bits. I never actually cared about that, I thought it wasn't important to a player and if they wanted to play a game based on facts. Usually I just buy a game and have fun. Most people keep telling me is relevant to the kind of graphics the game has. So I'm just asking for a not confusing way to understand what it means when people say "This is a XX Console" Do we even still talk about that today? Is it still relevant?

That used to be a thing when older machines were using 8/16 bit CPU.
Easily noticeable, by the capacity of the said machines.

For example, we can easily figure that the NES is 8 bit, by the graphical limitations.
We can also understand that the SNES is 16 bit, by the superior capabilities, displaying more colours, and providing more possibilities, while still being a bit limited (eg: 3d rendering being very difficult at the time).

Starting from the fifth generation of video game consoles, it's pretty much 32/64 bit stuff, and given the power of most modern consoles, as well as PCs, it is no longer relevant. Reason being that a console from 2001 (let's say, the Nintendo Gamecube) and a newer console, like the Nintendo Switch, couldn't be differentiated that much. I do know that the latter has more power to give, and it will look definitely better on all technical standpoints, but if we take in consideration that it's only due to the superior processing power, we could technically make the same code running on both machines. Certainly a thing that wouldn't have been possible back to the 8/16 bit era. That would also explain why cross generation games look sometimes drastically different during that time.

First it was Bits.
Then it was Megahertz.
Now it's TeraFlops.
Reactions: THEELEMENTKH, kehkou, Deleted User and 3 others

zoogie said:
First it was Bits.
Then it was Megahertz.
Now it's TeraFlops.
Click to expand...

The most common usage for labeling something an XX-bit console is to denote the generation the console belongs to. The SNES and Genesis/Mega Drive were fourth generation, the PlayStation and N64 the fifth, the Dreamcast, Xbox, GameCube and PS2 the sixth, and so on.

Often, a game will tout 8-bit graphics, which really means its trying to look like an NES game. Seldom does the game actually try to accurately imitate the hardware that inspired it, featuring graphical effects like transparency and rotation/scaling, things consoles like the NES and Genesis certainly did not have.

Whether or not this is used to the advantage of the game is up to the game's artistic direction. More often than not, most indie "retro" games look rather indecisive, with a lot of conflicting visual elements that make it hard to discern which generation of consoles the game is particularly trying to emulate. More often than not, the games will end up looking just like that: imitations.
Last edited by , Nov 23, 2017

So basically is just the CPU functionality, like windows 32 and 64 bit. 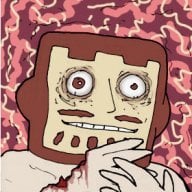 Honestly, it was never that relevent for gamers as far as I'm concerned. As long as it was properly explained that the newest consoles were capable of much more, that's all we really needed.

Where the Bit Wars really shined was in marketing. At one point, there was a steady stream of advertisements that highlighted the importance of each consoles' specifications. This was often used to attack rival consoles with slogans like "Genesis does what Nintendon't", and quite frankly it was hillarious. Most people had no idea what the specs actually referred to, so they just became meaningless buzzwords like Blast Processing.

It was great for a while, but some companies took it a bit too seriously, and pushed their specs further than the technology of the time could allow. It all came crashing down when Atari came out with their Jaguar system and attached Do The Math avertisement campaign. The Jaguar was the first 64-bit system on the market, but it came at a cost. Almost no developers at the time could develop software for it (think PS3 launch, but much worse), so it had very few games. The games it did have were mostly terrible since even if devs could make games for it, the specs weren't up to par with what Atari had hoped having 64-bits to play around with could bring.

Nowadays, the Bit Wars mostly stand as a testament to why hardware doesn't matter as much to consumers as software, as well as a nostalgia trip for those of us who love old commercials.
Reactions: kehkou

Bits as a computing term started out as what number of bits registers in the CPU could access in general operations. In general computing and electronics (worlds not so very far apart at the time) it also counted for something as shifts were happening.

Marketing later twisted it almost to breaking when certain processors, buses, DMA and whatever else might have technically supported more but the general day to day operations would not have. http://www.zdnet.com/article/ects-the-truth-about-the-dreamcast/ for an article from the time, and a less well researched one from about the same http://edition.cnn.com/TECH/computing/9909/09/dreamcast/ and the Jaguar was already brought up for those looking for an early preview of that world.

Today it is mostly a shorthand for a graphical style, and maybe audio as well. It is short, pithy and dodges both regional naming issues and the amount of devices playing at the time. The differences between said styles were fairly visually stark to almost anybody though -- more pixels in the average sprite, more colours (certainly more colours in heavy use), things like parallax scrolling, on screen sprite counts in some cases, number of frames of animation in others.
When you are taught about contractions, apostrophes and similar things you are often taught to expand the sentence (its vs it's you will be told it's is short for either it is or it has so if your sentence does not make sense with one of those you don't want it), by similar token if a phrase like "it attempts to evoke a ? bit aesthetic/style for its blah" makes the sentence make more sense then you have it. It can also be used in a negative for many things have improved considerably in the time since. I have never been a fan of the generations nomenclature (way too many fuzzy edges, and that is before you consider the PC when there were notable differences beyond free online and mods) and prefer era, hence phrases like "the company was dominant during the 16 bit era".

It covers some good stuff there.

O
What happened with Nintendo?

Which retro console do you think age the best?

C
[Question] What abilities should I adquire for general game modding?

@ Psionic Roshambo: Kernel for the DS is loaded from the carts kinda lol A moment ago
Chat 1