What does autism have to do with language?

[No message]
Sort by date Sort by votes 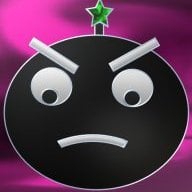 Especially children with autism may have issues understanding and learning language. It has to do with how autism affects the parts of the brain responsible for communication. That's it in a nutshell.

If you provide a bit more context to your question I'll gladly step deeper into detail.
Upvote 0 Downvote
M

Well earlier I asked what something means and no one gave a proper answer.
Upvote 0 Downvote

I have no idea. I have aspergers so maybe that part doesn't apply to me though.
Upvote 0 Downvote
M

Is this when a child first learns to talk? He starts talking and then regresses? But if this was online, this couldn't have been about that. I was talking about trading Leli, Liko, Kulabuz, and Pembik for a level 1 Larvitar in Pokemon X 'cause in 2013, no one took my level 1 Aron, and this person didn't understand that these were names of the 4 characters from the show Leliko, which is displayed in Turkish, by the way.
Upvote 0 Downvote

Hi Michael, just so I can give you a proper answer, how old are you now? And have you yourself been diagnosed with autism?
Upvote 0 Downvote

Click his name and he said he is 29 years old.

My sister's friend's son is about 16 or 17 years old and he is very intelligence boy and doing very good in high school. He diagnosed with autism.
Upvote 0 Downvote

Mostly, symptoms show at a young age, around 1 years. Depending on the severity, children can live a mostly normal life, especially when there has been a good therapy.

In general, children with autism follow a different learning pattern compared to other children, at their own pace. But normally, learning stays pretty linear, which means they don't lost skills they've already mastered.

So to answer you question, a child with autism that has learned how to talk, will normally not decrease in capabilities to do so. If they do, it often is a sign of another underlying condition.

Now when we talk about online, we must first note that typing is not the same as talking. We have different parts in our brain, which are responsible for talking, for hearing, and for reading and typing. So it's important to note that online communication does not link to the ability of someone to speak in real life.

The story you told about 2013, could have had possible explinations as to why it happened. Maybe they didn't know the show, maybe they were too young to express themselves, ...

Just be sure to know that a negative experience in life, both online or offline, does not indicate an issue with yourself.

I hope I was a bit clear with my explination, and I was able to answer the questions you've had. If you have any other questions, be sure to let them know!

Edit: As Azoreseuropa metioned above me: Autism does not necessarley affect intelligence. In fact, some children with autism turn out to be well above average.
Upvote 0 Downvote
M

BeniBel: Just to be cautious, the person was a full grown adult from Australia. Second, it happened in July of 2016, not December of 2013. Also I was discussing how I was going to trade in late 2015.
Upvote 0 Downvote

Why is it hard for a parent to take into consideration his/her son (or daughter) may have autism?

M
What does this mean?

Swear Words in english vs other languages?

What's something men do, that equals to women using make up?

The Edge of the Forum Tuesday at 2:46 PM
sombrerosonic