Gaming What are the best Japanese games out?

What are the best Japanese games available that are easy to play (i.e. i can't read japanese) and fun? i remember as a kid playing parodius long before it was available in english on my super famicom and it was GREAT :-) 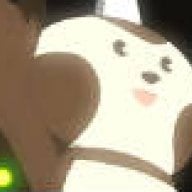 If you like rhythm games, try the Osu! Tatakae! Ouedan! series. it's the same franchise as Elite Beat Agents. Nodame Cantabile is fun too. 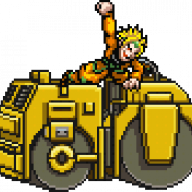 Super Robot Taisen W. it IS ROBOT TAISEN FTW!!!!! Shame on every1 who forgot about that. 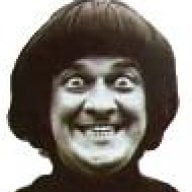 I suggest:
- Tennis no Ouji-Sama: Driving Smash! Side Genius or other from this series...

Thanks for the suggestions, i've just been playing Taiko no Tatsujin for the past few hours.. damn addictive and easy to play with the online gamefaq

Super Robot Taisen W. it IS ROBOT TAISEN FTW!!!!! Shame on every1 who forgot about that.
Click to expand...

Don't you need to be fluent in Japanese to play Super Robot Taisen?


Anyway, my recommendations are: 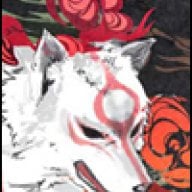 Osu! Tatakae! Ouendan, as peple have mentioned, is a brilliant game.
I would recommend GS4 but that's completely text based so to get full enjoyment from the game you have to be fluent in Japanese

BUT you can just... guess, I suppose

I've been playing about 2 weeks, no walkthrough, no knowledge of the Japanese language and I'm on Case 3

Any of the other in the GS series (GS1/2/3(which have english options)) (Gyakuten Saiban) AKA Phoenix Wright are amazing. But they're not Japanese... so... uh... But it's made in Japan, so technically it's a Japanese game

Osu! Tatakae! Ouendan 2 is also a very good game. I dunno which one is better, but number 2 has better multiplayer, so overall probably a "better" game.

but whatever (PS Phoenix Wright is amaaaaazing

Those are probably my most played Japanese games.

I'd reccomend most of what people have posted here but especially

Puzzle Bobble DS!!! (there are two though. Make sure you get the one simply called puzzle bobble DS. It also has an awesome remix of the bubble bobble theme.

And Puyo Puyo 15 anniversary. One of the characters sort of looks like it would be a human version of the girl in my avatar. I always use that character.

@ M4x1mumReZ: Ask for more if its hot. But if its not, then report it. A moment ago
Chat 5