I just bought the King of Kong yesterday and I can't wait to check it out. I've heard nothing but good things about it and I really bought into the hype which got me thinkin about other movies that had anything to do about video games. I'm really looking for some suggestions for anything worth watching (docu's, movies, tv shows....etc)

Please exclude from mentioning the following:
1. Mortal Kombat (Anyone who has been gaming for the last 20 years has seen both movies)
2. Street Fighter (Unfortunatly the same applies for this horrible flick)
3. Resident Evil (Decent trilogy, but only worth watchin once)
4. The Wizard (This 100 minute Nintendo commercial is where I found the flute in the first castle. I know, that's sad)

Thanks for the input.


QUOTE said:
The film follows 35-year old cannabis-smoking video game tester Alex, who is forced by circumstance (evicted) to move into the technology-free home of his grandmother and her elderly roommates. At work, he is the eldest of a horde of unruly virtual game testers and designers, including the neurotic Matrix fanboy, J.P. As a cover for his sleeplessness, Alex lies that he lives with insatiable hot chicks. Efficiency expert Samantha arrives to oversee the behind-schedule Eternal Death Slayer 3 game, but faces romantic pursuit by Alex and J.P., out-of-control partying, and office politics. Alex, while dealing with the old ladies, still aims for the girl, tester dominance, and a shot as a designer, when suddenly he is faced with the theft of his ideas.
Click to expand...

lol, how can you forget about "super mario brothers the movie"? man, that movie was stupid.

plus, the final fantasy movies are great.

i haven't seen the pokemon movies, but they are doing pretty well in sales.
I

Location
Band Of The Hawks

"Dead Or Alive" is so bad I wanted to cry at the end.

Don't forget "Super Mario Bros - The Movie".. that was really bizarre!
I liked the Double Dragon movie when I was a kid.

Tomb Raider was not a bad movie also..
T

I completely forgot about Super Mario Bros. I had such high expectations for that movie. Did anyone happen to catch a 5 part show about the evolution of video games that came out like 2 months ago? I think it was on the Discovery Channel. I only got to see the first 2 episodes.

Edit: Turmoil, you hit it on the nose. This is exactly what I was looking for. Thanks alot.

Mmmm..... The Street Fighter Animated Movie counts?, it was great!
About live action ones, next to those you mention, I liked the first BloodRayne movie. I hear Hitman was pretty decent too.
I wanna see Postal!
G

dont forget Doom, it was ok
Alien vs Predator counts? 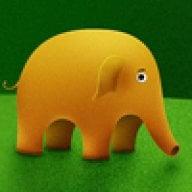 i loved Silent Hill, im a big fan of the videogames, and the movie i believe that is very well done.

I quite enjoyed House of the Dead 2: Dead Aim, nothing to do with Uwe Boll and its much much better than the first. Still a cheap cheesy zombie movie but I like it.

Doom was decent but not much of it was based on the games.

Super Mario Bros is just atrocious, but for some reason I HAVE to watch it drunk every now and again.


QUOTE said:
The film follows 35-year old cannabis-smoking video game tester Alex, who is forced by circumstance (evicted) to move into the technology-free home of his grandmother and her elderly roommates. At work, he is the eldest of a horde of unruly virtual game testers and designers, including the neurotic Matrix fanboy, J.P. As a cover for his sleeplessness, Alex lies that he lives with insatiable hot chicks. Efficiency expert Samantha arrives to oversee the behind-schedule Eternal Death Slayer 3 game, but faces romantic pursuit by Alex and J.P., out-of-control partying, and office politics. Alex, while dealing with the old ladies, still aims for the girl, tester dominance, and a shot as a designer, when suddenly he is faced with the theft of his ideas.
Click to expand...

Yesyesyes. Did great at catching the games' atmosphere + also good if you had never even heard of the games.

I picked up Silent Hill for this weekend. Can't wait to see what it's all about. I also watched King of Kong last night, wife hated it but she's not a fully converted gamer...........yet. Snow day here in Chicago so I'm gonna spend all work day watching the special features.

Forgoing my usual judge based on potential I am going for the on its own merits approach. I have seen
DOA: Never played one of the games for more than 5 minutes. This was awful.
Doom: Played the games but not as religiously as some. Not bad, probably would not have watched it if I was not curious about how it played out.
Final Fantasy Spirits within. There was no game of this to speak of but I played the lot in the main series. Saw this one at the cinema, was impressed the first time but subsequent viewings not so much.
FF Advent Children. Fan service but good fan service.
Hitman: Played the second and Hitman: Contracts. Would have made a better TV miniseries (3-6 hours) I reckon but worth a look if you are up for some fairly mindless action. I will have to grab the DVD and see what they left on the cutting room floor as from what I saw it looks like a "pace and timing/censorship" idiot got in there somehow.
Mario: Played the platformers and a few of the spinoffs. No just no.
Mortal Kombat: Played the Megadrive games and a couple of the later versions for the N64 and PS1. If it is the only thing on the shelf you have not seen go it. Otherwise you can leave it. I think I saw the second as well but fell asleep.
Pokemon the first movie: I accompanied my mum when my little brothers went to see it. Thank whatever deity might be real I had a light for my GBC.
Resident Evil played pretty much all the titles although not at the time:
1st at the cinema. Not bad, a bit of a glorified soft porn film on occasion.
2nd on DVD. Meh, some decent humour but when you have stuff like Evil Dead (Army of Darkness) setting the bar for horror related humour.... yeah.
3rd just recently. Zombie apocalypse is a great setting and they manage to make it fairly boring.
Silent Hill, not played the games enough to really say I have: Above average horror flick, nothing more.
Street fighter played in the arcade and on the PC via snes emulation:
1st film: Mindless but I will let it go.
Animated: typical cheesy anime, not bad though if you like anime.
Tomb Raider, played the first 3 games (second mainly) but no more. I thought there were three films but evidently I was wrong. Guess I have seen them both but did not think much of either.

I will also kick in the TV series list I found there as I saw a couple of those and I seem to like TV more the films these days.
( http://en.wikipedia.org/wiki/List_of_telev..._on_video_games )

There have also been several one-off video game-based cartoons, including specials such as Battletoads and direct-to-video films such as Sonic the Hedgehog: The Movie.


Sonic the Hedgehog (SatAM) played the games from master system to the megadrive and a few afterwards.
This is the somewhat dark themed one. Infinitely superior to anything that followed it, so much so they will not get a mention.
Earthworm Jim, played the megadrive/SNES titles but not the 3d version much yet.
One of my favourite cartoons ever (right up there with Sharky and George).
Final Fantasy: Unlimited
Only saw the first couple of episodes as Amazon did not have the second disc. Above average at best.
Gungrave
I did not know this was a game before an anime but this is probably my favourite anime series after Samurai 7 (my favourite).
Megaman (no idea which version)
Saw the dubbed 4kids version when I was running around in the US. Seemed to be based on the battle network series rather than the platformers/shooters. I could stand to watch it but I do not know if I would even download it.
Pokemon: The pilot had some potential but they seemed to have forgot that existed.

I saw a couple of the bomberman episodes but not enough to form an opinion.

Personally, I can dig the Resident Evil films, and Mortal Kombat is something of a guilty pleasure.

The rest are garbage. The only debate is which epically terrible video game film is the worst.