I followed a guide which told me to use freeboot toolmaker 2.91 and dump the nand first.
It then told me to rename the nand to updflash.bin and then turn off console and disconnect power.
After reconnecting power i then start xbox by pressing eject with the updflash.bin in the root of my usb stick.
It then says it will load and auto detect the update and install but it does not.
I used this guide http://www.t3chline.com/home/index.php?option=com_content&view=article&id=139:how-to-update-freeboot-dashboard-on-your-jtag-easy-way&catid=61:xbox-360-glitch-hack-jtag-&Itemid=41
All i get is "looking for xenon.elf or vmlinux on usb/cd/dvd.
Hoping someone can help me?

Thats the way I did it and it never failed me.

Can i do this for both glitch hack and jtag? 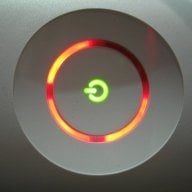 Rename the file to nandflash.bin and try it again.

For both Glitch and jTAG yes.

360 Multi builder is similar to ModMii.

Thats the way I did it and it never failed me.
Click to expand...

Future games will carry the 14719 update in the next few weeks.

Then you'll have to update.

i put nandflash.bin in root of my usb stick and reset my glitch xbox 360 by opening dvd drive.
It boots to xell but wont auto update.

Just reflash both NANDs with NAND flasher 360.
No need for XeLL.
C

If you're on a phat, don't update to the latest version of the dash.. It'll probably prevent your glitch chip from working since with the new dashboards, it'll have to be wired completely different. Not to mention, I'm pretty sure the phat release for the new dash isn't even public yet (I don't keep up with X-S)

Oh yeah, not to mention, you'll have to update the software on your glitch chip itself..

I got my Falcon running on 14719 and it still boots happily to both the MS dash and FSD.

If you update it WITHOUT flashing a hacked NAND then yes you're screwed.

360 multi builder builds a hacked NAND for you and updates the bootloaders.
C

DinohScene said:
I got my Falcon running on 14719 and it still boots happily to both the MS dash and FSD.

If you update it WITHOUT flashing a hacked NAND then yes you're screwed.

360 multi builder builds a hacked NAND for you and updates the bootloaders.
Click to expand...

Yeah, my bad. You'll have to go with the RGH 2 setup if you'd want to update to the latest kernel and actually be able to go back to the retail kernel and use live, or have a dual NAND setup.

I was actually thinking of a Dual NAND setup but I can't be arsed to go through the process.

Besides the original Coolrunner TX with original wiring is still in place and it boots very quickly to the hacked 14719 kernel+ dash ;p

Both my jtag and glitch work fine on14719

How did you update them?

Used xbox 360 multi builder 0.83 and already hand nand backup.
Then flashed xbox 360 using nand flasher.
As i have 2 xbox 360 at the start i added dvd key to xbox 360 builder and first xbox was fine.
I then went to do 2nd but forgot to change key.
After thinking i then changed the key and updated 2nd xbox and all is good.

I think that in the future you can use either XeLL or NAND flasher 360.

I still prefer NAND flasher 360 tho.

could not use Xell for some reason but NAND flasher 360 worked perfect.
Thanks for all your help Dinoh its muchly appreciated.

NAND flasher 360 works equal or better then XeLL
Besides you can also back up your NAND with it ;]

@ sombrerosonic: i think its dead now 18 minutes ago
Chat 0