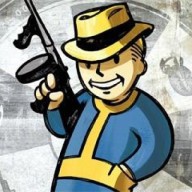 So i got my hands on a used Wii and i don't know much about it except it's modded and that i can play burned games. Model number says RVL-001 (EUR)

Now i get some messages that i have a update to install, so is it ok to download it?

EDIT: Found out how to look up the current version and i'm at 4.3E right now. What's the ned version is called i have no idea
Last edited by minlillaponny, Aug 16, 2016