Had originally loaded some games onto HDD using USB Loader, a few games crashed so I thought I would give the PC transfer way a try. Tried adding games with one of the GUI's, these games showed up as on the HDD and were taking up space, but would not show up on the USB loader channel, only the games originally transferred directly via loader. So I started over, reformatted the partition via windows back to NTFS, I used the full format, not the quick. So now with a fresh clean HDD ( I thought) formatted to WBFS using one of the GUI's this time, than added games. Again the games showed up on the GUI but still did not appear when using the USB loader, and the old games were still there even after the complete reformat?? What am I doing wrong, is there any way to completely erase a partition and start over? and do I format to WBFS using USB loader, a GUI or do I need to do it via command line??
C

That's the same problem I described here I think. Used a Fat32 Full-Format and in the end and got the old games to disappear (don't know exactly how though). But I'm unable to get a game to start from this HDD now, and dumping a DVD via USB-Loader is impossible too. No solution yet. For my luck it's just an old testing HDD I don't use anymore, with the newer one, everything works fine (besides known problems).
K

Is your USB HDD supported? Sounds like maybe not.

Not sure why everyone is formatting them (in fat32, ntfs, whatever) ... I created a "RAW" partition, and then just formatted it in a WBFS Windows tool , works perfectly.

I've done 3 different hard drives this way so far, never a glitch. Move games on and off with the Windows WBFS tools (many of them work fine) and also using the DVD drive to rip directly to the USB drive. 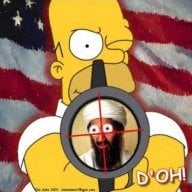 Kosaic said:
... I created a "RAW" partition, and then just formatted it in a WBFS Windows tool , works perfectly.
Click to expand...

As I did and worked perfectly
R

I formatted mine to FAT32 on the PC. Then took it to the Wii and formatted to WBFS using it. No problems what so ever with dumped games via Wii or uploaded to the USB device using Maximillions US B Manager. I have also created WADs for all my PAL games and they play great via their own channels on the Wii
C

The problem is NOT that the drive can't be formatted as wbfs and does not work with wbfs-tool or USB-Loader. The HDD was initialized by the USB Loader and worked without problems. After that, I tried to re-format the hole drive to delete everything which was on it. This is the part where the problems began - It's impossible for me to completely get rid of the wbfs stuff. Even after reformating using full format (which should delete everything on the HDD), wbfs-tool and USB-Loader still finds the partition (and the games which where on it). But games cannot be startet and newly installed games won't start anymore.