Hacking The price of having a fake microSD card =/

When I bought my Acekard 2.1, I also bought a 4gb microSD with it. After a week of doing web research I realized that the card was fake. But I still was having no problems at all when playing any game, until today when the freezing screens appear frequently at certain games, and in one case erased the whole data of a game ( it was pictoimage, so it was not that hard to swallow ).
Do all fake cards work like that? I mean, if they start breaking apart after some usage ( like after 2,3 weeks or a month ), or if it is because the card temperature raises or a kind of factor alike.
Now I don't want to play any game for the moment because I fear that maybe in some scene or save time, the screen will freeze again and I will lose precious hours of gameplay in my favorite games.
I have read some about fake microSD cards and some people say they don't have trouble with any of them, and don't complain.
By the way, I already bought an A-data 4gb microSD card from Newegg, so when it comes I will see what the difference will be.

Any people that have had similar experiences with these fake cards, please leave some feedback.

fake cards often have only half the size the writing on them states, which means this:
fake 4gb is really a 2gb card
if you write stuff into the area from 2-4 gb, it gets written into 0-2gb, overwriting other stuff
S

That's what I know too. Also the poor craftsmanship.
K

mrgone said:
fake cards often have only half the size the writing on them states, which means this:
fake 4gb is really a 2gb card
if you write stuff into the area from 2-4 gb, it gets written into 0-2gb, overwriting other stuff
Click to expand...

I don't know about that. When I check the space left on the card by right clicking on its properties it says I still have room for some data. Or maybe it doesn't matter, I'm not sure.
Maybe what you said, happened to me because the problem started happening when I started using near 3 quarters of the card capacity.
K

Sorry for the double post, but I wanted to educate myself asap about fake microsdhc cards.
In terms of compatibility, I have been having no problems at all with the 4gb sandisk that I have.
Is the fake gb capacity the only problem? Meaning that if I get a fake 8gb sandisk card, I will have no problems with it as long as I keep the gb usage around the 4gb mark?
Buying a real microsdhc card is really expensive. They are around $25 to $35 and they are class 2.
I was thinking in getting one from ebay. I know most of them are fakes, even though some ebay stores scream that they only sell 100% non fake sandisk cards. Theres a %50 chance that I will get either an original or a fake one, but if the fake issue is only the rewriting one caused by the capacity mislabel, then I guess I have no other choice.
Sandisk cards are the most compatible ones available in the market, that's why I want to play safe rather than ordering again from newegg and getting one that cant be recognized by my computer.
M

Somebody else had a problem with pictoimage game corrupting the're memory card. Can't remember what DS flash card it was.
So it could just be the game. 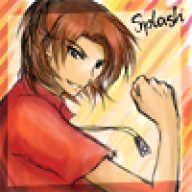 I would recommend buying your cards from a good source, like any of the recommended flashcart resellers or electronics retailer (newegg, amazon, frys, ect.) I never buy from the likes of ebay for microsd cards, and never from a place that I've never heard of.

All I can say is use this thread as a lesson on where to buy stuff and do some research before you buy.

BTW, if you have a frys or microcenter near you, you should go there to get your cards cuz they are always cheap.