switching hdd from one xbox to another 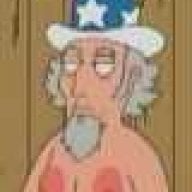 My original box died this weekend, fortunately i have the backup for it on my pc. I cant boot into the old box the powerboard is shot on it. I have a box modded with xboxhdm and ndure and also have the hddkey, ect for that too. I tried to unlock it with hdunlock/hddisabl but it says "device not ready" in hddisabl. Ive been looking for days i cant find an explanation.

Does somebody know of a good method to switch the hdd to make it compatible on the new box? I dont care if the new box needs to be changed its the first time ive attempted this. Thank you in advance.

Your explanation was sufficiently clear but for the sake of debate:
2 xboxes (original)- each softmodded.
1 xbox has (had) a nice hard drive or just a drive with a decent amount of data onboard. The xbox it comes from has now died and you are not intending to repair it*. Fortunately you paid attention when modding and now you have the EEPROM.bin and the other various things backed up (eeprom.bin is all you really need).

The other xbox is to be the new home of the good hard drive but with it coming from a softmod it is locked to the now dead xbox, you need this changed to now be locked to the new xbox.

*you say power board: the internals of the xbox run on 12 volts (albeit with a half decent amount of current required, possibly enough for a 12V rail from your PC PSU but check first) so you might be able to do something there and if not a new supply will not run to much and if it is a 1.6 are you sure it is not just the regulator: http://dwl.xbox-scene.com/~xbox/xbox-scene...esurrection.pdf ; shame to lose an xbox for a device costing change.

Possible dodge: if you have the EEPROM from the dead xbox you can clone the dead xbox and it should all work again without hassle (software: configmagic: http://www.xbox-scene.com/articles/configmagic.php and hardware (programmer or soldering based) methods are available). Just note if you ever fix the dead one putting them both on the same network may cause headaches as most home network hardware does not play well with mac address collisions), if by some crazy circumstances you still use Live on the original xbox then having two identical xboxes on live is probably not a wise idea.

If you want to do it "properly" (the first is an entirely valid method) and redo the locking though.
First things first those tools have long since been surpassed by xboxhdm (indeed most people would suggest you not even use those tools):
http://forums.xbox-scene.com/index.php?showtopic=244043

xboxhdm is not exactly geared for what you are planning to do (it is more than able to do it and indeed this probably falls under drive swapping which was common enough back when) so this is going to require a tiny little bit of lateral thinking. Basically locking is not like ram though so if you want you can unlock the drive with one disc and lock it with the other (or if you feel a bit fancy make a bootable USB drive and use that instead).

i just got a replacement PSU from llamas adventures. all is well. Thanks for the help though.

T
Best way to get HDD from one CFW PS3 working in another CFW PS3 without losing content?

Rebuild Of HDD to lock

M
Hacking switch sd2vita from one ps vita to another