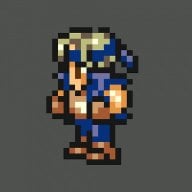 
The ultimate Nintendo hero is taking the ultimate step... out into space.
Join Mario as he ushers in a new era of video games, defying gravity across
all the planets in the galaxy. When some creature escapes into space with
Princess Peach, Mario gives chase, exploring bizarre planets all across the
galaxy. Players run, jump and battle enemies as they explore the many planets.
For Mario to succeed, gamers will press buttons, swing the Wii Remote and
Nunchuk controllers and even use the Wii Remote to point at and drag things
on-screen.


NOTE: So apparently, there are some new security from the Nintendo people?
Â Â Â looks like we got some new copy protections on this fucker.Â We had
Â Â Â too much "juice" at the halloween parties so couldn't think well
Â Â Â enough to bypass.Â Thought someone else who was more 'sober' could
Â Â Â do it...Happy Halloween...Let's-a GO!

hmmm, i just searched my usual spots and i can't see it.

do you only have this info or also the torrent?

Got it, will most likly show up all over in a while.
M

can see it on usenet. check newzbin..