How to find out your Space Invader Extreme Friendcode:

There should be 5 Options after you Press A on Network, VS Game,Wi-Fi,Practice,Exit.

Press A on Wi-Fi

Press A on Friend Settings

Now there is 4 Options, Friend List(Grey if you didnt add a Friend Code, like a buddy), Friend Code Entry(To add Friends),My Friend Code,Exit.

Press B or Exit

Pess A on Wi-Fi VS Game

On your Top DS Screen, it should say "Wi-Fi blah blah blah, something in jap.) Press/Touch YES.

After you do this, go back(Press B)

Go back to Friend Settings, My Friend Code,

And.... There it is! Your Space Invaders Extreme Friend Code.

The game, is in Japanese(if you didnt notice) but pretty much all the settings are in English. And the game is for the 30th Anniversary of the Space Invaders. The game itself is really good. I just played Wi-Fi with another guy, it was awesome. And in Wi-Fi, it will show:
Your Name,Region(It will show as JPN! DONT PANIC!!!),And "Points".
The more you lose, the more points you loose.
The Region thing is because the game is Japanese. It doesnt mess up your Region. I just played US Mario Kart, no problems. It says i was from US, i am from the US. So the Japan Region on Space Invaders dont mess up your Wi-Fi Region. 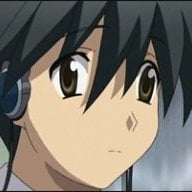 Tutorial How to play DS games online with your Mac's hotspot

@ KenniesNewName: Brought to you by Raycon 9 minutes ago
Chat 2