After several years of using these emus I decided to do a small modification to them, here is the list of features:
- screenshots preview, when selecting a game you'll be able to see an screenshot of it. It seems that everybody is more intereset on game cover, but for me this is a better option
- when entering a 7zip folder it will store the last game played (this only happened oustide 7zip folders)
- when leaving a folder (normal folder or 7zip) the current one will be automatically selected (very useful when you have been playing Zool and don't want to start searching again from 3x3 eyes)
- when showing the contents of a 7zip folder the main filename will be stripped and only the rom info showed (the text scroll is good, but most of the filenames are way too long and the important info is really at the end)

For those of you interested on having screenshot packs of your favorite games I found them on the quickplay forums, butter100fly created a pack containing a lot of them here
Reactions: ngs428, Margen67, Haloman800 and 7 others 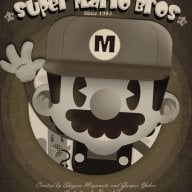 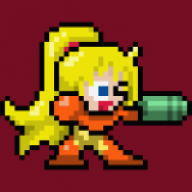 Where do you put the screenshots? Or your own?

Is it possible to take screenshots using the emulators themselves?

I haven't implemented that since you can find all the screenshots in that link I posted, so I thought it wasn't necessary really 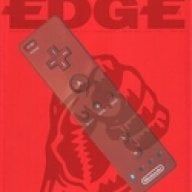 Btw, please consider the option of making screenshots from the emulator itself... It is easier that way to make something of your own taste (i.e. someone may want to picture the game's title screen, another may want to picture a specific level, etc.).
Also, there are many betas or hundreds of hacks that are not in the screenshot packs, for example. 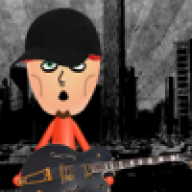 Wow man. Great Job. I've been working on some shiz for this. It's working great with all the cover sets i've thrown at it, and in a hardcore effort to make it crash, I completely failed, which made my day. Thank's very much! I had problems with the other cover mods where game titles that we're too long wouldn't identify with the cover, so naming them to no-intro was no good (cover wouldn't display), and that pissed me off. It would also crash with an extensive amount of roms (probably with the memory limits and the amount of covers displayed, and your mod just keeps kickin'). I also love the setup (cover is nice, big and crisp). Thank you very much for your efforts, and for sharing! If you wanted to have the option of 2D covers, 3D covers, 2D carts, 3D carts, i'll have cover sets posted sometime in the next couple weeks when I finish up. (Working on fceugx, might have to take a break before i hit up snes and vbagx). Wooooooot!

Edit: After completing my setup, i am now crashing quite often. I'll have to play around with the amount of roms and such, and see if i can get it to run a bit more stable.

Edit 2: Tried a full SD setup as opposed to a SD&USB mixed setup, and it ran much better, and didn't crash. I'm going to also try a full USB setup and see how that goes. Will report back.
Reactions: Gaming4Ever

Actually I don't really like covers that much, I think a good screenshot of the games directly shows you what it is. I have been using screenshots for ages in my computer that's why it's been a bit weird for me that this wasn't still implemented by someone.
You know what would be great? Genplus Gx with 7zip support. I know it's been requested many times now. If only I had the time...
Reactions: Gaming4Ever

Here are some cover/screenshot sets i put together for fceugx and snes9xgx that work great with this mod! They are all named the same (No-Intro format) and also match the full cover sets for wiiflow. I also included the screenshots from butter100fly's pack that i had a cover for, and re-named them to match.

In the link in the opening post (below the video), there are a ton of screenshot packs. 1880 snes screenshot are included there.

I know that man, i downloaded it as well as the 2.04 goodsnes set
Thing is i play SNES games on Wii with SNES9X as well as Retroarch. The latter does not support 7zip. Moreover, the SNES covers by you are named for a different romset (which is the one i use currently, btw, works for SNES9X covermod as well as RA ).
One solution is to have both romsets on my SD card, current for RA and covers in SNES9X one for SNES9X GX screenshots (and alternate between the two for covers or screenshots), but i'm out of space atm. In fact i have the screenshots & 2.04 roms in a separate SD card.

Sorry for the double post but i've just finished making the conversion/renaming/fixing of the screenshot pack to be compatible with Mastershoe's SNES cover pack (i.e. they now have the exact same filenames so switching between them should be a breeze, just like in FCEUGX).

It took quite a while, but it was worth it imho.
Here is the screenshot pack
https://www.sendspace.com/file/s4erei

for some hacks (SMW & SF2 ones, i used mastershoe's covers, i hope it is ok). I'll update when i am in the mood with better pics for some games (like for the DKC series)

Nice! I'm actually in the process of re-working the entire snes cover sets to match the no-intro style (to also match the full cover sets... Just like the recent update to the fceugx set). After that I guess is vbagx, and i can't really say I'm looking forward to that... that's a shitton of covers/screenshots! Probably be a little while yet though. SNES is in process, but will probably take awhile.

FYI, even with hacks, you can usually just google the hacked rom + screenshot and find what you need. Worked pretty flawlessly with NES.

Allright!! Just finished improving many screenshots and now ALL the hacks have screens as well (thanks for the tip Mastershoes)
https://www.sendspace.com/file/drwtf2

Good luck with the vbagx thing man, too bad its performance is way behind Wiimednafen and RA for GBA gameplay.For GB Color & Classic though it is great. I'll see if i can contribute for those 2.

Hi, can someone tell me if this emus are in his latest version? and if they are compatible with the "official" forwader channel for each one? I'm very excited to see if i can use covers or screenshots, i would appretiate a replay.

killerkalmah said:
Hi, can someone tell me if this emus are in his latest version? and if they are compatible with the "official" forwader channel for each one? I'm very excited to see if i can use covers or screenshots, i would appretiate a replay.
Click to expand...

mastershoes said:
Yes and Yes. If you don't run a full SD setup, you're likely to crash. Full SD is smoooooooooth. Even with 1000 roms/5 sets of 1000 covers/cheats and all.
Click to expand...


that was quick thanks a lot for taking your time to replay, I will test this three right now, in your signature you have a thing called Emuflow is that an emulator for wich system and using wich code? well it may be the wrong place to ask, if you can't ask i will search in forums hehe... last question for anyone, this emulator with covers support can make use of 3d covers, cartrid cover and screen shot like all in one ala usb loader gx (with 3d cover and if click on it dislplay disc cover) or only display one at a time?

Hacking ESP8266 how to make a ps4 exploit .bin file to host and flash