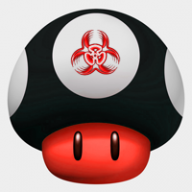 Gary has released a new port of a SNES emulator for the DS called 'SnezziBoy'. This is mainly a quick bug fix release.

- Quick fixed a minor problem in the header detection algorithm in the
Snezziboy builder. (This may require a more proper fix later...)
- Fixed a bug with the XCE code that was emulated wrongly.
- Fixed the VRAM allocation so that Illusion of Gaia works correctly again.
- Remove the wraparound bug that causes clones of Samus' ship during the
Super Metroid demo.

@ Julie_Pilgrim: although my mom forced me to shave most of it off 43 minutes ago
Chat 0