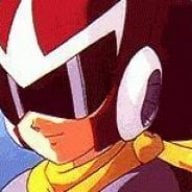 I had this issue on my old 3DS where I had an eShop purchase of Shovel Knight installed, but when I installed a CIA of NES Remix it wiped both of them out. I was thinking duplicate title ID or something may have been the culprit.

Well I got to the N3DS and installed CIA's for both of them again and am having the same issue. Both are NTSC CIA's which I would think means they should have different title ID's. Has anyone else had this issue or can someone else maybe re-create and see what may be happening?

Found the solution to my issue. It was two bad CIA's for NES Remix. They were PAL edition and just didn't jive. I found an NTSC one and it works!! NO issues with Shovel Knight and NES Remix.

Nintendo 3DS Aug 19, 2022
ponitheponi
P
B
Best method for both hacked/vanilla Pokémon UM on one 3DS