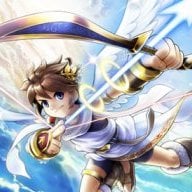 Hey all, looking for some help here. New to the PS3 scene. I'm heavily Nintendo-sided so gonna be a new to all this here.

So.. this is my dilemma: I've had a Phat PS3 for years now and recently it just died; yellow light flashes at boot and won't turn on. (Barely played the console so totally unsure how that happened.) Because of that, I'm in store looking for a PS3 replacement.

There's two things I'm looking to complete when grabbing a new PS3:
1) Is there a any way I can migrate my Phat's old HDD data to the new system? So my games and saves data are functional? My library's legit with Scott Pilgrim being one of those unobtainable games. Restoring games and save data is a a priority.
2) Now I'm reading there's new advancements with having 4.82 now hackable, (which I think my Phat was on), but now unsure which models of PS3 to invest in. Which model (or serial # variant) of PS3 would be best and why?

Mind you, I won't be accessing any online services with this new console. Heck, I'll even make a dummy account if need to. I just don't see myself playing PS3 online anymore. I just want to complete some exclusive, single-player games. Also, if I were to happen to inspect a second-hand console, is there any offline method I can use to tell if its been banned before I make the purchase?

Is there any way in which I could download PSP titles via PS3/PSVita Store and transfer those titles to a modded PSP?

Update 4.88 to 4.89Evilnat,disk replace and question about QA flags